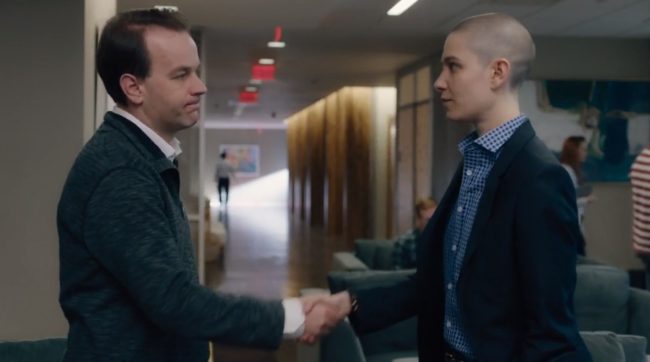 There aren’t any dragons, robots or superpowers on Showtime’s series Billions. There aren’t even any likable characters for that matter, though the cast is impressive with Maggie Siff, Paul Giamatti and Damian Lewis leading the pack.

But this week the drama series set in the world of New York City high finance boldly went where no TV show has gone before, featuring a romance and passionate sex scene with a non-binary character.

To back things up a bit, the show featured what was widely acknowledged as TV’s first non-binary character when Taylor, an intern at a top hedge fund, was introduced. 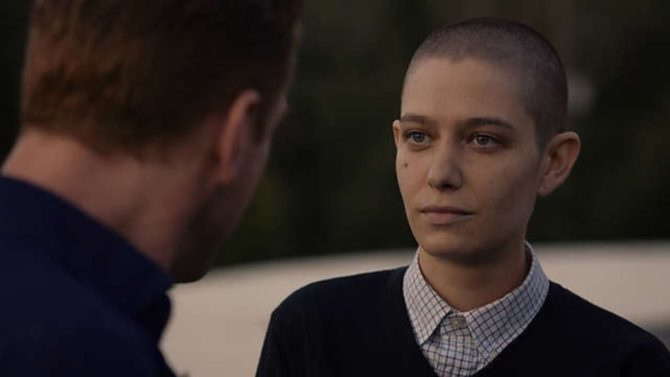 Played by nonbinary actor Asia Kate Dillon, Taylor has all the markings of a financial shark and a supergenius. We’re not sure if that makes them a hero or a villain exactly, but either way, they’re fascinating.

It’s also great to see all the other power brokers at Taylor’s firm use their preferred pronouns. See? It’s not that hard.

Related: Buck Vu of ‘The OA,’ and 10 other totally awesome transgender characters that rule TV

On this week’s episode, Taylor is sent to San Francisco for some high-level meetings with venture philanthropist Oscar Langstraat (Mike Birbiglia).

After Langstraat invites Taylor to State Bird Provisions for dinner (they clearly did their research), the two get flirty over a complicated board game called Netrunner and head back to Langstraat’s tech-infused mansion. So basically your typical SF date.

They passionately kiss, and you know the rest. 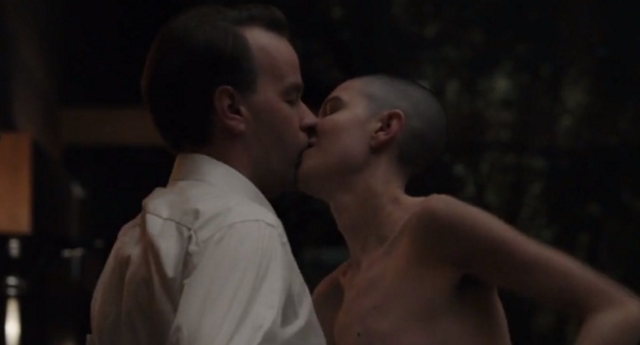 Naturally, the scene was met with a mixed reaction by viewers. Many rightfully praised the move, some expressed knee-jerk negativity, and others put their ignorance on full display.

“If you wanna consider yourself non-gender, fine. But if you have sex aren’t you admitting to yourself to being one or the other on some level?” asked one commenter in need of help differentiating sexuality and gender.

Related: College student explains what it means to be non-binary for those of you who still don’t understand

Hopefully, scenes like this one open the door to more and more inclusion of complex non-binary characters and viewers are able to evolve their understanding without always placing the burden on non-binary folks to constantly explain themselves.