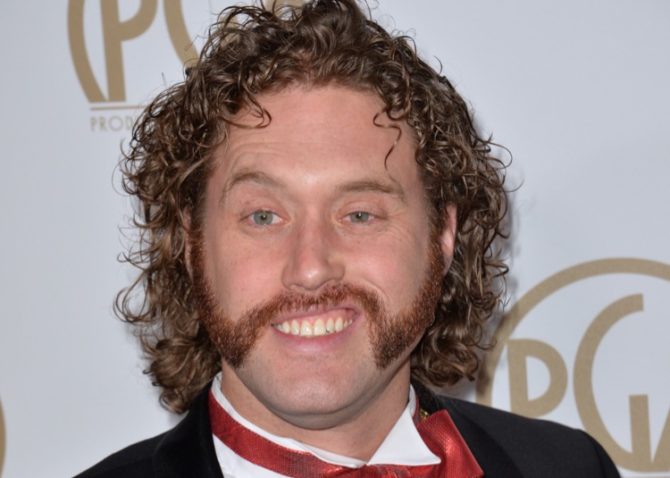 Silicon Valley star T.J. Miller is the latest Hollywood figure to face damning accusations of sexual assault, and now an email has surfaced in which the HBO star harasses a transgender woman.

In the upsetting communication, Miller calls her a “freak” and a “man.”

And it gets much worse.

To set the scene, film critic Danielle Solzman reached out to Miller last year, politely requesting he remove the phrase “tranny dumpster sex” from his website.

She posted Miller’s response shortly after but redacted his name, only saying it came from a famous actor.

But in light of Miller’s new batch of abuse allegations, this week Solzman revealed it was, in fact, from Miller.

In Miller’s response, which is included as a screenshot below, he calls Solzman a “f*cking asshole” and refers to her as “Daniel” multiple times.

He wrote: “You have merely confirmed what I always knew… this pursuit of transgender identity is nothing more than an opportunity for you to distinguish yourself as someone who is special, but what is really special is how retarded it is that you would ever think to attack me or say that I’ve been offensive.

“Didn’t you used to think you were trying to be some sort of comedian? Didn’t you look towards the comedy and improvisation community for support?

“And now me, one of the only people who would respond, support and speak highly of you- you threw me shade? You call me offensive?

He added: “If you were bothered to look into anything that I’ve ever done you would find it not only have I had sex with transgender people [Editor’s note: yikes], but I have donated widely to organizations that support their freedom.

“They like every other human being is consistently persecuted, Meant to feel lonely and attacked for their offenses to nature. You just joining the ranks and pretending to be offended and suddenly finding purpose only to f**king turn on me, how is that progressive.

“Don’t respond to this don’t ever contact me again and don’t think that just because you’re adopted something, that that thing allows you to then be rude and incorrect about your friends. Well. Those who used to be your friends.”

It goes on: “Wow. What f**king jerk. For so long I feel pity for you, felt sorry for you, and looked for ways that I could support you.

“Well well well, look what you did. You always wanted to be little, to be a victim. Well you are now.”

He closed the communication with “your former friend”, and finally said: “Bye Daniel.”

In unmasking Miller this week, Solzman wrote: “It’s safe to say that his career is over now. Nobody ever wants to be on the receiving end of this kind of transphobic abuse. This was the email that found its way to my inbox just one week after the Emoji Movie was released.”

Miller has yet to acknowledge the email publicly.

Below is the full email: