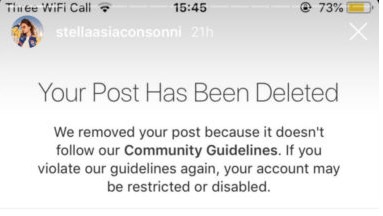 Fresh off Instagram’s “accidental” removal and subsequent reinstatement of the Warwick Rowers’ account, the Facebook-owned photo sharing app is in the hot seat again for marking a post “offensive.”

The censored image showed two gay men kissing. It was uploaded by photographer Stella Asia Consonni, who received a message that it violated Instagram’s “community guidelines.”

Related: The photos that got the Warwick Rowers banned from Instagram

The photo features a real-life gay couple who have been together for seven years.

Here it is in all its “offensive” glory: 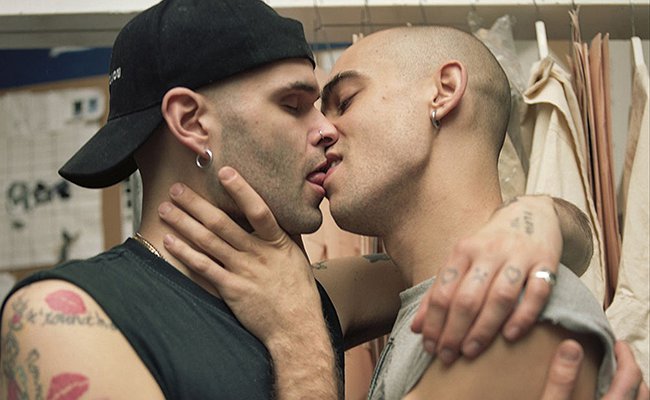 Consonni shared a screenshot of the message she received: 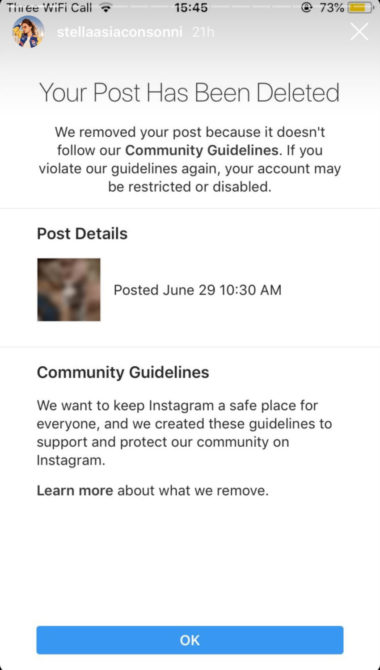 “If you violate our guidelines again,” the note warns, “your account may be restricted or disabled.”

Consonni followed up with some sharply-worded messages aimed at Instagram.

Related: Sen. Doug Jones weighs in on his gay son’s Instagram: “We’ve all seen it”

“Dear Instagram,” she wrote. “I am utterly disgusted that you have just deleted a picture of a gay couple kissing.”

“This is the pic that has just been taken down. Are you for real?!”

“And to the horrible person that reported it: Get the F off my Gram and crawl back to your homophobic little insignificant existence.” 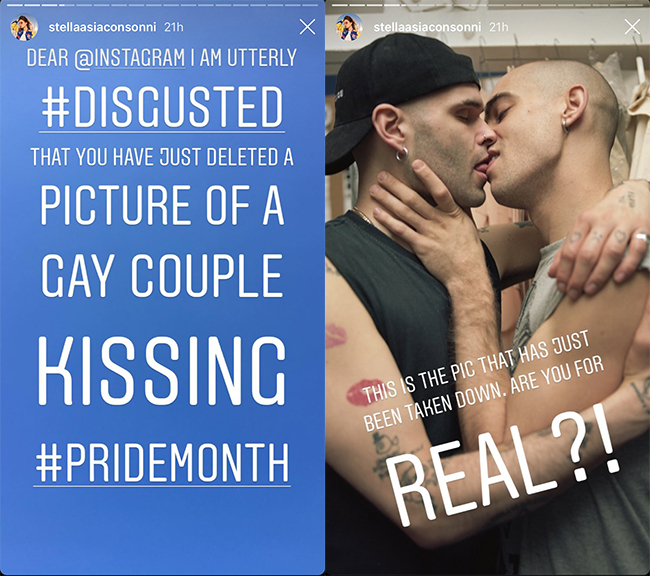 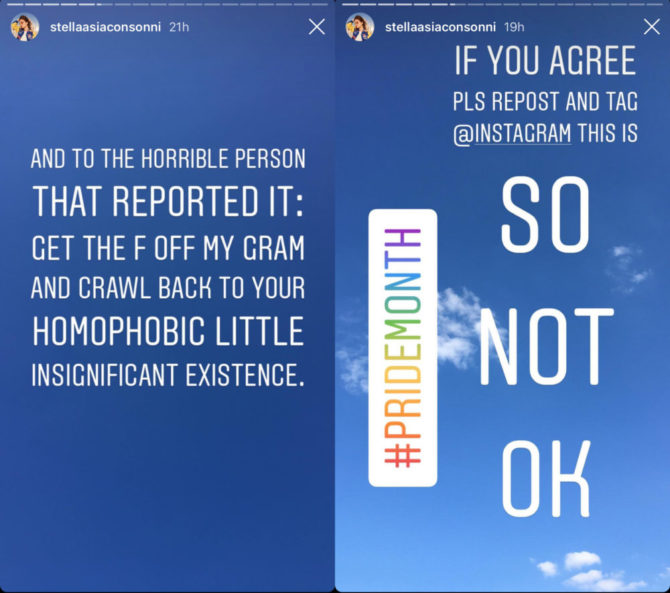 Among those who were ticked off by the unwarranted removal was Years & Years frontman Olly Alexander, who in a post of his own, urged Instagram to respond.

“Just been informed Instagram removed the following image for being ‘offensive and against guidelines’…” he wrote.

Eventually, Instagram issued a statement, saying this, too, was a “mistake.”

“This post was removed in error and we are sorry,” a spokesperson said. “It has since been reinstated.”

Read about my new project on @i_d link in bio! words by @georgie_wright_ thanks to @becca_bw ?? here @mrjordanbowen and @iamlucalucifer being cute for me