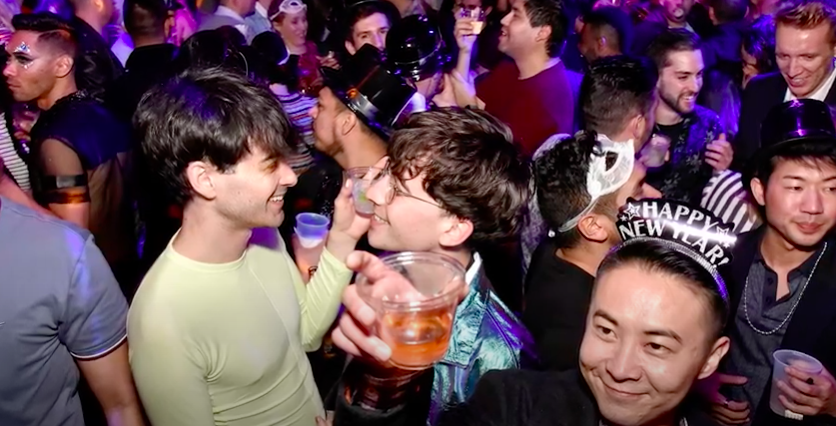 When San Francisco drag queens D’Arcy Drollinger and Heklina teamed up to open Oasis nightclub on New Year’s Eve 2014, they had no idea what to expect. The venue, located in a sprawling South of Market-area warehouse, was appropriately enough the site of a former bathhouse. They had assembled the shabby chic space on a tight budget with the help of friends and fans.

It didn’t take long for the queens to see that they had a hit on their hands, with Oasis quickly establishing itself as one of the premier drag clubs in the world, drawing a veritable who’s who of drag stars, from Alaska Thunderfuck to Varla Jean Mermen.

But D’Arcy knew that it was so much more.

“What started as a club turned into a clubhouse,” she tells Queerty in the latest installment of our San Francisco Stories video series. “People come here not just to see shows but to take part in fundraisers, benefits, and even political rallies.”

The club developed a rabid local following, but it’s also a popular destination for visitors. “It’s a place for out-of-town people to sit not just with a bunch of tourists, but actually be somewhere with a San Francisco audience,” Drollinger says.

To be sure, Oasis is one of those cherished Francisco places, where you can rub elbows with everyone from a local adult performer to politicians and business leaders.

And it might be the only place in the world where such a club could succeed.

“There is an energy in san Francisco like nowhere else,” she says. “There is this feeling that you can just let your freak flag fly.”

Watch D’Arcy describe how Oasis came into being and why she loves the City By the Bay, which was shot prior to shelter in place.