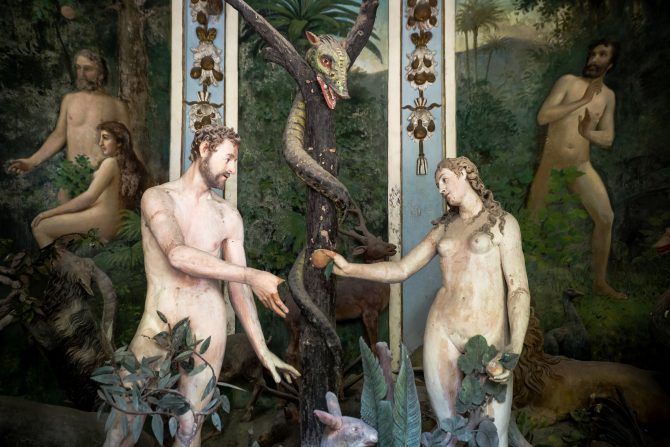 We’ve all heard that tired “Adam and Eve, not Adam and Steve” motto. It’s been used by homophobes since at least 1977. But now, thanks to an unidentified Internet wit, we now know how to shut that argument all the way down.

As seen in a screenshot posted to Reddit, some hater wrote, “Being gay is a sin. Bible says Adam and Eve. Not Adam and Steve.”

And the hero of this story responded, “Not being bisexual is a sin. Bible says Adam and Eve. Not Adam or Eve.”

Not being bisexual is a sin. from bisexual

Unfortunately, there’s no Google record of this exchange, but we’ll always have the screenshot.

So one night I caused [Adam] to fall into a deep sleep; fulsomely did I roofie his nectar; and as he slept, I removed a rib, though not a load bearing one.

And from this rib I fashioned a companion for him; a hunk, unburdened by excess wisdom; ripped, and cut, and hung like unto a fig tree before the harvest;

Yea, and a power bottom.

And Adam arose, and saw him, and wept for joy; and he called the man Steve; I had suggested Steven, but Adam liked to keep things informal.