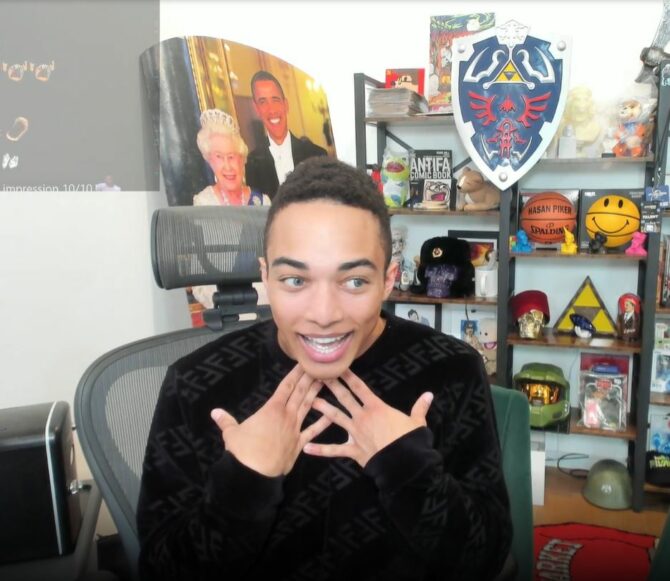 If you haven’t been paying close attention to the situation in Ukraine, now would be a good time to start.

This week, Russian troops started moving into the eastern region of the country, claiming the area is “independent” and, therefore, theirs for the taking. The Ukrainian government is now preparing for an emergency, calling up military reservists and urging any of its citizens in Russia to immediately evacuate. War is imminent. And nobody could care less than U.S. Senate candidate Herschel Walker’s 22-year-old gay son, Christian.

“Is it bad that I don’t give a damn about Ukraine since my own country’s being destroyed right now,” the social media influencer tweeted yesterday.

Spoken like a young narcissist who truly does not understand the implications of a country violating international law by invading a neighboring country, does not care about the number of innocent lives that will be lost, and is too myopic to see the devastating impact all this would have on the United States and its allies.

Of course, this isn’t surprising coming from Walker, a former competitive cheerleader who loves Donald Trump, believes Black people are “more racist” than white people, and objects to being called “gay”, preferring to be called “a conservative who likes men”.

Here’s how people are responding to his stupid tweet…

We can care about both.

My OwN cOuNtRy Is BeInG dEsTrOyEd

It’s not the worst thing about you

It’s going to impact as all. The war machine is back in business.

Not bad, just short-sighted. What happens in Ukraine will directly impact to what extent our country gets destroyed.

You’re often complaining about gas prices, but this will make gas prices insane. There are many other issues, but there’s just one MAJOR one.

You’re not the one that will have to go to the front lines and defend this.

Uh… yeah. Global economics/relationships is an important thing to understand.

Did you care about Ukraine when your country wasn’t being destroyed?

Son, you don’t give a damn because you’re not mature enough. As an Army Veteran it saddens me to hear this from you, especially someone whose father wants to be an United States senator. Grow up young man and don’t become a joke, reach for the stars and stop picking up rocks.🙏🏽🇺🇸