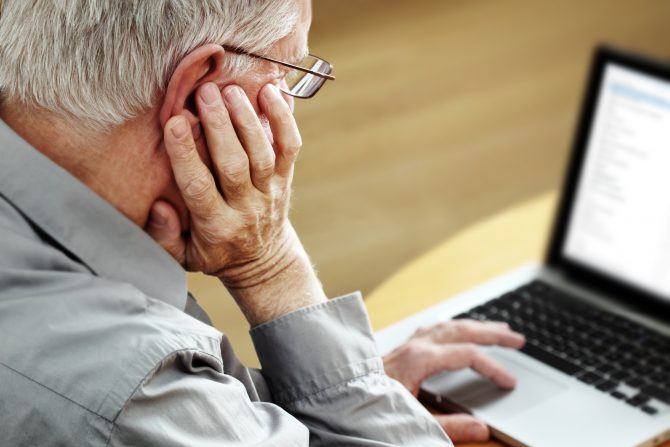 A Reddit user with the handle u/txholdup turned 72 years old recently, and he spent his birthday fielding questions from younger users in an “Ask Me Anything” thread about his experience being an out queer man since 1970.

“Today is my birthday,” he wrote. “I’m 72 and have been out for 50 years. When I came out, gay sex was called ‘crimes against nature’ in court filings. A lot has changed in 50 years and then again, a lot has not.”

Below, check out some of the questions other Redditors asked, along with the birthday boy’s responses. (And you can read the full AMA here.)

Q: When did you first realize that you like men, and who was the first person you came out to?

A: I realized that I was different when I was 6 [to] 8. I never associated that with sex then. My first inkling that I liked men was when I spent an inordinate amount of time wanking to a Charles Atlas ad in the back of Popular Mechanics magazine. I came out to my favorite sister when I was 16. She tried to find me dates, with men.

Q: What terms did people use back then when referring to homosexuals and homosexuality in general?

A: We called ourselves “queer.” Our mantra at demonstrations and rallies was, “We’re here, we’re queer, get used to it.” I know, it sounded better back then.

Q: When did you come out, and what were your family and friends’ reactions at the time? If it was negative, did they come around over time?

I was living in Europe in the early ‘70s after having been discharged from the Army. I went to Amsterdam and found a very different world there, one where most were accepting. I came back to the US in 1972 [as] an out and proud gay man.

My dad wasn’t shocked, he had been trying to “fix” me since I was 8. My mother told me I was going to burn in hell. When I got older and feistier, I used to tell her to save me a seat. She died, [and] my dad remarried. When he was in his 80s, we were talking, and he said, “How is Tom?” That was the first official acknowledgment that Tom was part of my life. I cried when I hung up. It sounds so small and simple, but it meant the world to me. My favorite sister knew before I went to the Army. She tried to find me dates with men. The other four siblings [were] a mixed bag. They all got over it long ago.

Q: Are you single? Married?

Q: What do you think of gay culture nowadays?

A: I find it self-divisive. I personally believe that all the letters separate us, they don’t unite us. When someone came to a GLF [Gay Liberation Front] meeting, if they were there, they were welcome. We didn’t ask, “Are you trans? Bi? Queer? Supportive? Curious? An FBI informant?”

Q: We’e you engaged with activism at a point during your life?

I was very active in the ‘70s and ‘80s. I worked on the campaign of [former Ann Arbor City Council member] Kathy Kozachenko, the first out gay person elected to public office in the U.S., in 1973.

I was on the negotiating team for the first labor contract that included sexual preference protection. I was president of TEU, an independent local union for Ann Arbor bus drivers, and my entire executive committee was two lesbians and two other gay men. We were elected by a union membership that was 90% straight.

We also used to do what we called “gay missionary” trips. Our local GLF was one of the few in the Midwest. There would be stories in the paper about us, and we would get letters from gays in Berea, KY, Oberlin, OH, Ames, IA, university towns. We would rent a van and five [to] eight of us would drive there for a weekend and show them how to organize, how to get university support for GLF groups, how to raise money, etc. I went on about six of those.

Q: Now that same-sex marriage has been achieved in most American and European countries, what do you think is the next milestone to look forward to? Also, are you satisfied by the extent to which our rights have progressed during your lifetime?

A: I think gay marriage was a placebo they gave us to make us think everything was okay. You can still be fired for being gay in a bunch of states, the recent Supreme Court decision only covered employers covered by Title 9. When we were “fighting for our rights,” marriage wasn’t among them. We wanted protection from being fired, losing your apartment, police harassment, and violence. Some days I am amazed. Some days I feel like it has taken forever.