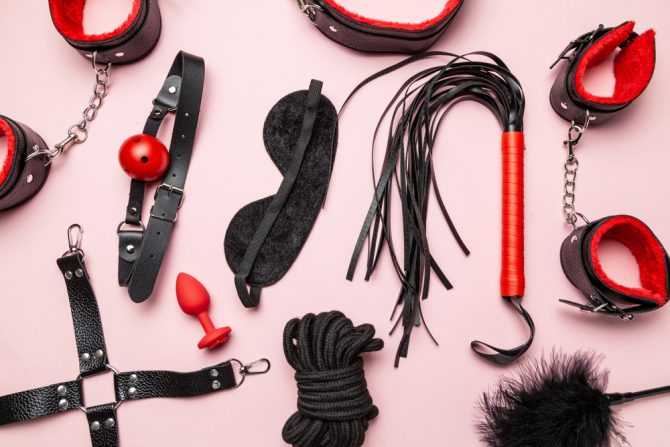 A 32-year-old man says he’s engaged to the most wonderful guy in the world who he truly can’t wait to marry one day, there’s just one teensy tiny problem…

“My interests trend to the kinkier side of the spectrum, while my fiancé is much more ‘traditional’ in bed,” he writes in a letter to Daniel Mallory Ortberg over at Slate.

And it’s causing some tension in their otherwise great relationship.

“My fiancé has experimented with some things that I’ve brought up, and he truly has been a good sport,” the man writes. “But it’s obvious it’s not really for him, and that comes across during these sessions.”

Despite trying his best, the fiancé just isn’t into the kinky stuff and, the man says, “it makes me a bit embarrassed.” Other than that, though, their sex life is “great.”

Now, here’s where it gets tricky…

The man explains that his friends are planning a trip to San Francisco to attend the Folsom Street Fair next year.

“I have never been and would really love to go,” he says. “The issue is that I don’t want to go with my fiancé.”

If his fiancé were into kink, he would love for him to tag along, but he isn’t, and so the man feels “as if I would constantly be worrying about him having fun and feeling too weird. And that would ruin the experience for me.”

He wonders: “How do I talk to him about the fact that I would prefer to have this experience without him? Is that even a good idea, or am I being selfish and prioritizing my desires over his feelings?”

In his response, Ortberg tells the man it’s time for the guys to have a serious conversation about what being a “good sport” truly is.

“Obviously you don’t want him to just put on a mask and power through something he actively dislikes,” Ortberg writes, “but if his good-faith effort to participate in your kink still makes it really obvious he’s totally turned off, then … it’s time for him to take a long, restorative break from participating.”

As for Folsom Street Fair, Ortberg assures him that there’s still plenty of time to figure that out, so don’t rush anything. When it comes to kink, in general, it’s always best to take things slow.

“Since it’s still a year off, you don’t have to rush into having the Folsom conversation with your fiancé right away,” he advises, “although you certainly can start establishing ground rules about how/when/if you might want to engage with your kink without him.”

“Mostly, though, I hope you know that it’s not selfish to want to stop playing together because you’re not feeling it. Don’t force yourself to push through lackluster and alienating kink encounters just because you think you ought to be grateful for your fiancé’s efforts.”

What advice would you give this man? Share your pearls of wisdom in the comments section below…