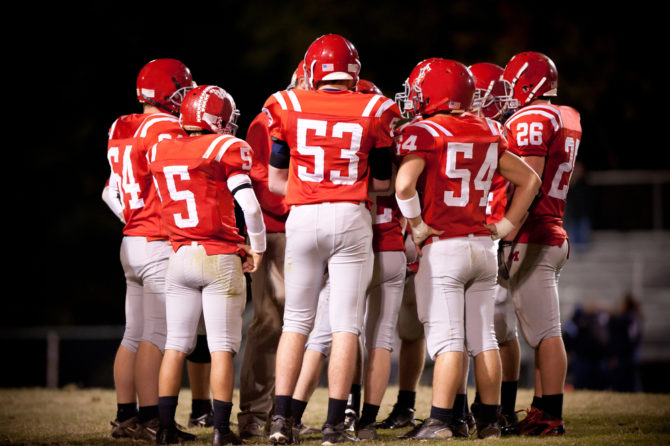 Misty Cox says her 15-year-old son was held down and sexually assaulted after football practice.

“Two boys held him down, a third boy pulled his own pants down and rubbed his backside and genitalia all over my son’s face,” she tells FOX13.

The alleged attack happened in October 2017 at Gunnison Valley High School in Gunnison, Utah, a small town of about 3,200 people.

But that’s only the tip of the iceberg.

The investigation has revealed at least 13 suspected assaults, according to the Tribune. … The first alleged assault occurred in October 2017, according to charging documents. One assault was reported in November and December 2017, with two in January. One was reported in March and another in June. Four assaults reportedly occurred on the same day: Sept. 17.

Nine of the 13 victims were male. There are currently 349 students enrolled at the school, which means four percent them are alleged victims.

“We’re dealing with a lot of victims and a diverse [set] of victims,” said County Attorney Kevin Daniels.

School officials have remained quiet about the matter, aside from superintendent Kent Larsen saying the 16-year-old would not be allowed back at the school until the case has been resolved.