Remember Baraboo High School in Wisconsin, the school where roughly 30 junior students threw a Nazi salute in their pre-prom photo? After a 10-day investigation into the incident, school officials have decided not to punish any of the students because of free-speech … or something.

In a letter sent to students and parents last Wednesday, the school district’s administrator Lori Mueller wrote, “Despite our efforts, we are still unclear about some key details…. As previously stated, we cannot know the intentions in the hearts of those who were involved…. Moreover, because of students’ First Amendment rights, the district is not in a position to punish the students for their actions.”

The school district held a 200-person community meeting on Monday in which district officials announced their planning of short- and long-term efforts to address racism and hatred in its school and repair the community’s image. An additional meeting for public comments will be held this Thursday at City Hall.

The image of the teens throwing the Nazi salute appeared online on November 11 via the GoBaraboo Twitter account (which has since been set to private). Its caption read, “We even got the black kid to throw it up #BarabooProud.” 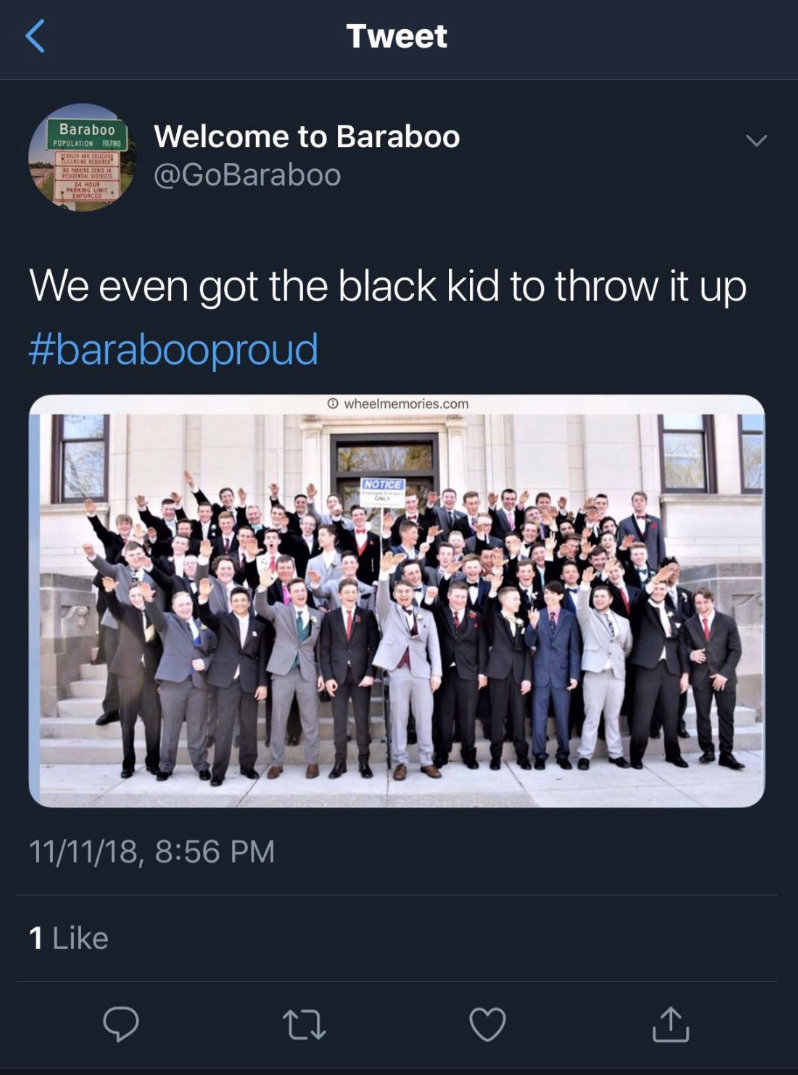 The picture was taken by Peter Gust, a parent who wasn’t the official school photographer. When the photo was taken, a gay student named Jordan Blue said his classmates knew what the salute meant and threw it as a some sort of joke.

VICE News contributor Jules Suzdaltsev said 100 people from the the high school and surrounding community told him that “the community as a whole has a lot of casual & jokey racism, homophobia, and transphobia that is accepted as a part of life. The school (and other schools in the area) do little to nothing to address these issues.”