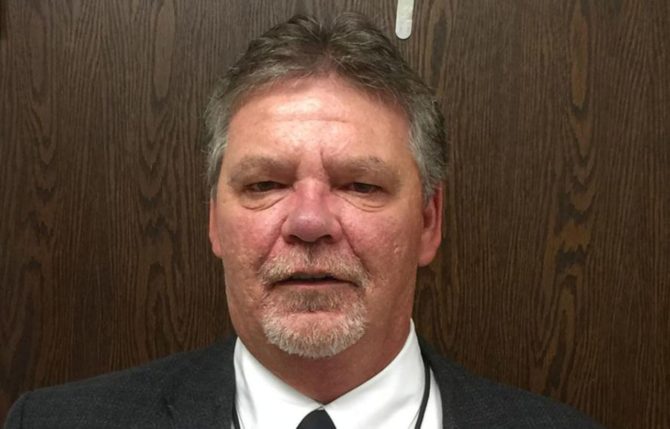 Popping up again like a bad rash, Lee Livengood, the West Virginia assistant principal fired for harassing a transgender student, just got his job back.

The Harrison County Board of Education voted to reinstate Livengood to his role after voting unanimously to fire him in late March. District Superintendent Mark Manchin said that the move came after much discussion and deliberation–and the threat of a lawsuit from Livengood’s attorney. “I commend this board for taking the time and getting the input,” Manchin said. “We just felt it was best for the school system and best for the school that we move forward and hopefully, after today’s action, we can put this behind us and move forward, and hopefully everything will be OK.” Attorneys for Livengood had threated to hit the district with a lawsuit over Livengood’s firing, arguing that it violated his contract by terminating him.

Not everyone found the reinstatement of Livengood a sign of progress. “In light of today’s actions by the Harrison County Board of Education, we want to reaffirm our demand that Mr. Livengood not be allowed any contact with (the student) or any children,” the ACLU of West Virginia said in a statement. “Mr. Livengood has demonstrated he is incapable of conducting himself in a professional manner in any environment with children, and he has shown a troubling lack of remorse for his actions. We will be actively monitoring the situation to ensure Michael [Critchfeld, the student in question] and the students of Harrison County are protected moving forward.”

The controversy over Lee Livengood began last December when he followed a transgender teenager into the men’s bathroom and berated him to use a urinal to prove the student was actually male. When the student tried to leave the restroom, Livengood blocked his way and continued his verbal harassment saying “you freak me out.” The school board suspended Livengood for a time, before reinstating him on a probationary contract after he issued a handwritten, insincere apology note to the student.

Bowing to the threat of lawsuits from the ACLU, the board later terminated Livengood’s contract and held several sensitivity training sessions for the school faculty.