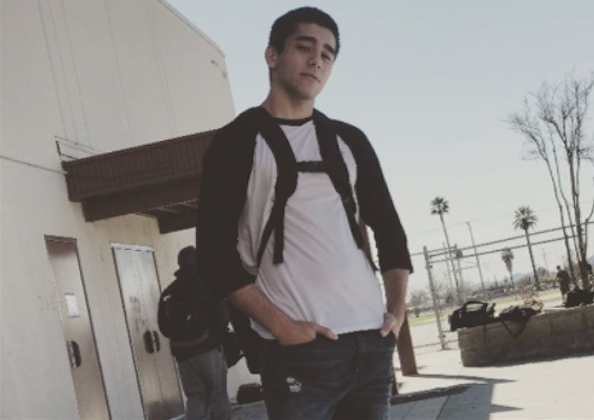 This one comes from an unlikely place — a high school wrestling mat — and it’s as inspiring as it is remarkable.

Jesse Loera came out to his friends and family when he was in the eighth grade, and that made life on his wrestling team a constant challenge.

Related: High School Jock Comes Out By Slow Dancing With The Homecoming King

“Some of my teammates in high school would ‘joke’ around about me being gay,” he writes in a first-person post on Outsports.

“At first I told myself ‘they’re just playing, it’s all good, boys will be boys.’ They would tell me that as well.

But it didn’t stop. They kept at it. I did tell some of them to knock it off, but they never did. It hurt. I dreaded going to practice. I hated going into the room and having to experience that same torment every day. I hated it.”

That’s enough to drive any reasonable person away from a sport, and while Jesse did consider walking away from wrestling, his parents encouraged him to stick with it.

His family moved ahead of his junior year, and a new school meant a whole new coming out process. Luckily the wrestling coach at his new school, a “big, muscular guy” who at first intimidated Jesse, convinced him to come to a few practices.

There he met a new group of peers who didn’t seem to care one way or the other about him being gay.

Related: Twins Aaron & Austin Rhodes Reveal How They Came Out To Each Other In High School

“I asked one of them what he thought when he first found out I was gay,” Jesse remembers.

“’It didn’t make no difference to me,’ he said. ‘I didn’t look at you any differently after you told us.’ I was speechless.”

But not everyone was so immediately understanding, and that’s where the real kicker comes in.

“What really made me feel accepted was when we were at a dual meet, and the guy I was going to wrestle said something about me being gay. One of my good friends gave me the best advice.

That was what made me realize I was truly accepted.”

Not to mix our metaphors too much, but that’s some home run advice we can really get behind.