? – photo from @sydinternet's amazing (first) solo show last night taken by @daniedegrasse..def one for the books ??

Heard of Steve Lacy? At 19 years old, the hip-hop artist has already produced tracks for the likes of Vampire Weekend, GoldLink and Kendrick Lamar. He’s also a member of hip hop act The Internet and the mastermind behind the single “4Real,” which Stereogum calls “very cool,” “off-kilter,” and “deeply Prince-influenced.”

Oh, and he’s totally okay with discussing the fact that he’s bisexual.

That became clear last summer. Lacy was asked in a Tumblr post whether he was straight, gay, or bisexual.

Later, when asked if he’d ever consider dating a guy, he replied, “Sure, why not.”

So far, so great. But some of his recent comments have stoked outrage, which isn’t exactly difficult to do nowadays.

During a conversation with fans and commenters, Lacy mentioned he’s not keen on having black men as romantic partners.

“Okay i get that you see it as a preference,” said one commenter. “But don’t you think you owe it to yourself to break down the dynamics that lead you to have a blatantly anti-black preference in partners?”

“The reason for it all isn’t anti-black at all. Growing up around black males, they were always my competitors ya know? I never viewed or saw myself doing anything sexual with my neighbors. I literally, like I said, see them as brothers.

“As much as you or whoever thinks this sounds like b.s., it’s from a real place. I’m a nigga from Compton, I don’t dislike black people, I prefer to live here and be around POC because I love black people. I’m just not attracted to black boys, that is it. I still love them and want them to do well in life, we just won’t date. Sorry.”

Needless to say, this rankled some people, including journalist Daryl Perry, a self-described “16-year-old intersectional feminist and Instagram enthusiast.”

In a piece for Affinity magazine catchily headlined “Bisexual Artist Steve Lacy Declares That He Would Never Date Black Men – Why This Is Toxic,” she writes:

Lacy feels as [if] it’s almost incestuous for him to want to date black men. How is that not anti-black? How is not being attracted to a whole race of people justified? It isn’t, and shouldn’t be. Lacy has no actual reasoning for his preferences, and just dug himself into a bigger hole…

He’s treating a whole group of people as the few he’s grown up with, which is making a generalization. Lacy’s comparing every black boy on earth to the people he grew up with, which is inaccurate, but just wrong. That’s equivalent to me meeting one POC who says they hate black people and thinking “Everyone of that particular community is racist.” Not okay.

A preference is literally that, a preference. Cultivated uniquely and individually through ones unique and individual experience. Unless you are a black gay male from Compton who grew up exactly like Steve, you, surprisingly, might not get where he’s coming from. Why cancel him?

Following all this back-and-forth, Lacy has said pointblank that he’s not answering any more questions about his sexuality: 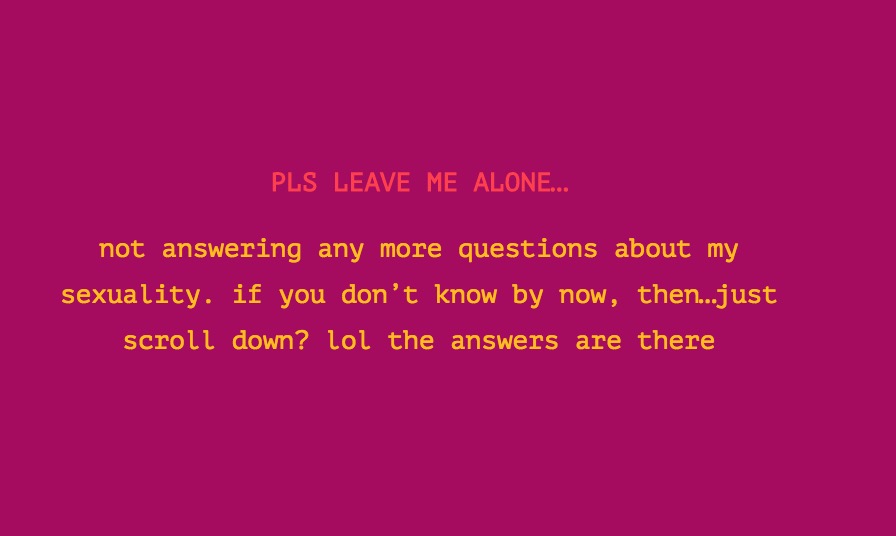 Furthermore, he wrote on Twitter that we should all “let kids be themselves without having to announce what/who they’re into sexually.”

Do you see a problem with Levy stating he’d never date black men? Sound off in the comments below.