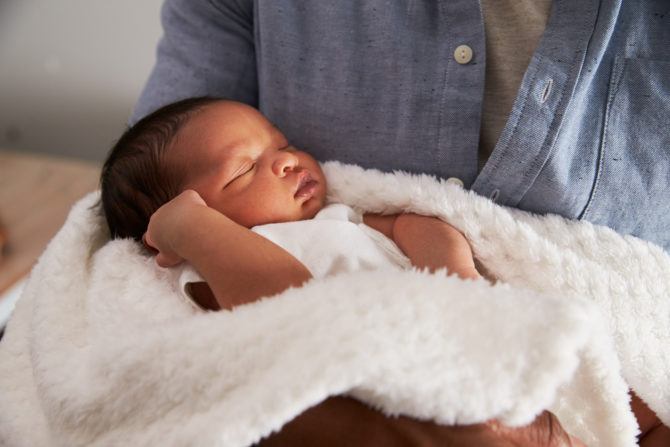 An Argentine baby, identified only as “Olivia,” born with the HIV virus has found a happy home with a pair of gay dads.

Damian Pighin and Ariel Vijarra adopted Olivia when she was only 28 days old. The baby had been rejected by 10 other families who refused to adopt her over her HIV+ status.

“As soon as I saw her, I felt she was part of my life,” Vijarra told reporters. “The connection was immediate. We held her in our arms, we gave her the bottle and she looked at us with her eyes wide open, without crying.”

Related: Scientists Say Girl Born With HIV Has Been Cured, Call It “A Game-Changer”

Medical advancements have allowed HIV+ mothers to avoid passing the virus to their unborn children, though access to appropriate treatment remains unavailable in some nations, or for low-income mothers. In some cases, doctors have cured the HIV virus, including in newborn babies. The treatment remains under study in hopes that scientists can make it effective in all newborns.