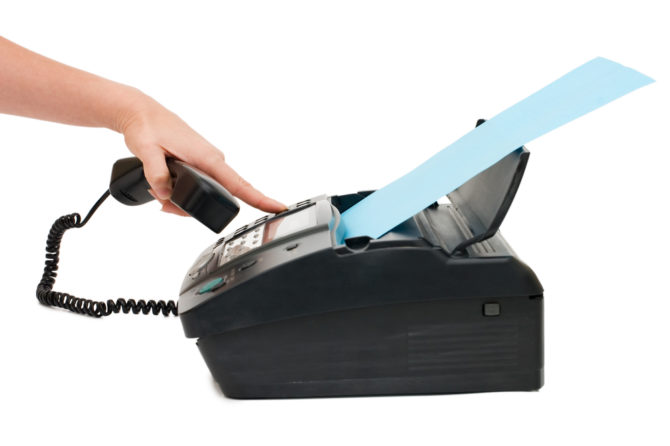 Nelson Santos is the executive director of the New York arts-based HIV/AIDS advocacy non-profit Visual AIDS. According to its site, Visual AIDS “utilizes art to fight AIDS by provoking dialogue, supporting HIV+ artists, and preserving a legacy, because AIDS is not over.”

Last week, Santos says he was completely “thrown for a loop” when he received a bizarre fax message from an unknown sender. The message was addressed to “Faggot” and was sent from someone who identified themselves as “Mrs. Gas the gays” from a company called “F*ck off n*gg*r.”

Here’s what it said:

On my way out of the office, this #HateMail came in by fax (yes, fax!?!). Sender #mrsgasthegays. Getting this by fax reminded me of the file of faxes and letters Visual AIDS would get in the early years of the AIDS crisis – and also a stark reminder that the racism, homophobia and hate is not over. #thehateisreal

“Getting this by fax reminded me of the file of faxes and letters Visual AIDS would get in the early years of the AIDS crisis—and also a stark reminder that the racism, homophobia and hate is not over,” Santos wrote on Instagram.

He later told Mic, “I haven’t gotten a hate fax in an awful long time. No one really sends faxes—and particularly a hate fax. It was so odd.”

We’d say “odd” is an understatement.

“I wanted to brush it off,” he continued, “but as soon as I walked out the door, I did feel more unsafe than I did before. It’s always those reminders of that, like, there are people out there that hate you.”

“I don’t necessarily think the person who sent this is waiting for me outside, but it does trigger that very uncomfortable idea of, I don’t know, maybe that person is threatening us.”

They definitely weren’t waiting for him outside since they would have had to be connected to a landline to send the fax, but we get what Santos is saying.

Hate faxes aren’t cool. Not even in an ironic way.