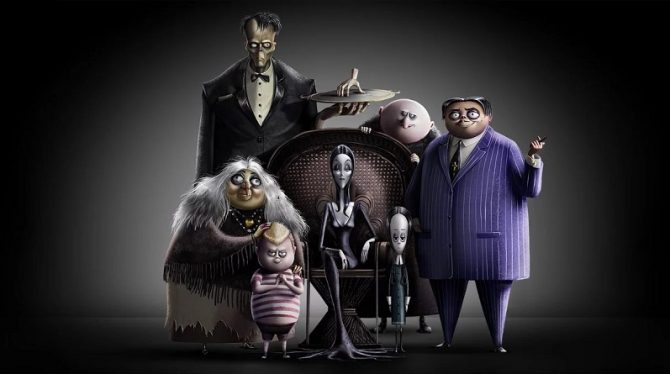 Hollywood just dropped the trailer for the streaming giant’s much-anticipated animated reboot of The Addams Family, and in so doing, made a powerful statement about equality.

The Addams Family, of course, began as a comic strip parody of the American nuclear family, designed as a rebuttal to the 1950s squeaky clean ideal. The new film intends to carry on that tradition, as the trailer shows several drawings of typical American families that could appear in an elementary school textbook. Keen eyes will spot interracial families, family members with disabilities…and families headed by both male and female same-sex couples.

“Every family is different, but some families are more different than others,” says the narrator of the trailer before unveiling a look at the reimagined Addams clan, realized in this incarnation through highly stylized computer animation. Since the film is aimed at a family audience, the appearance of same-sex couples in the very first trailer testifies to the new level of acceptance for queer couples in American culture.