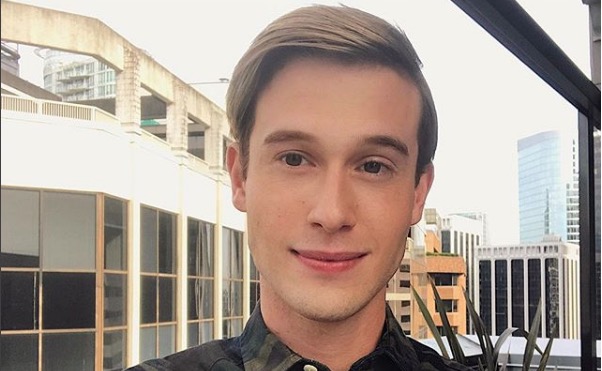 Tyler Henry is the gay 22-year-old “clairvoyant” who uses his supernatural powers the way they were meant to be used, on the E! network.

But Henry doesn’t merely communicate with the deceased on the hallowed ground of reality TV. It’s a 24-hour gig.

And that makes for some pretty wild shower scenes.

Speaking to Us Weekly, the completely legitimate psychic revealed that contact with the spirits “does happen sometimes in the morning when I’m getting ready.”

“Sometimes when I’m in the shower, in which case, I’m like ‘I’ll see you outside.’”

Anyone who’s been walked in on naked by a relative knows how potentially awkward this can be, but now imagine it wasn’t your dad but your great-great-grandmother.

“Not while I’m shampooing, Mabel!”

For what it’s worth, in 2015 the Independent Investigations Group awarded Henry’s show the Truly Terrible Television Award “in acknowledgment of the extraordinary ongoing deceit of the American public represented in this television program.”

Or maybe he’s the real McCoy — the suspense is killing us.