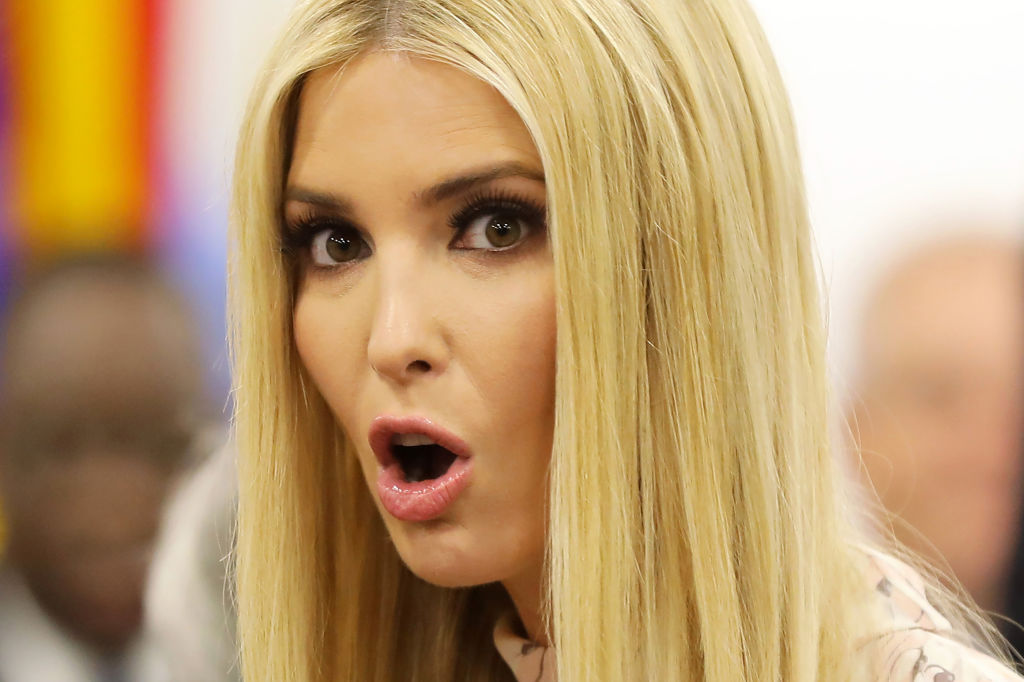 After taking nearly 10 months off from social media, Ivanka Trump returned to Twitter yesterday to post photos of herself handing out boxes of food over the holidays. Unfortunately, her act of performative altruism was overshadowed by a new court filing by her archnemesis New York Attorney General Letitia James.

Late last night, James filed a motion seeking a court order to force Ivanka, Don Jr., and their dad to cooperate with the ongoing civil investigation into the Trump Organization’s shady financial dealings after they refused to comply with the subpoenas she sent them last month.

James says her probe, which was first launched in 2019, has uncovered “significant evidence” not only to suggest the company lied about the value of multiple assets and misrepresented those values to financial institutions for economic benefit, but that Ivanka and Don Jr. oversaw the entire thing.

We are taking legal action to force Donald Trump, Donald Trump, Jr., and Ivanka Trump to comply with our investigation into the Trump Organization’s financial dealings.

No one in this country can pick and choose if and how the law applies to them.

Meanwhile, Ivanka “was a primary contact for the Trump Organization’s largest lender, Deutsche Bank. In connection with this work, Ms. Trump caused misleading financial statements to be submitted to Deutsche Bank and the federal government,” James added.

Banks and other lenders need to know the precise financial condition of loan applicants before they make loans. If a company overstates its financial condition in order to get a loan, making its finances seem rosier than they really are, that can be considered fraud. The filing says that Trump’s financial statements “were generally inflated as part of a pattern to suggest that Mr. Trump’s net worth was higher than it otherwise would have appeared.”

Related: It sure seems like Tiffany Trump and her mom are trolling Ivanka right now

The Trumps have been fighting subpoenas from James for weeks, arguing that she has “no case” and that forcing them to testimony would set a “dangerous precedent.”

They’ve also questioned the attorney general’s motives and accused her of trying to get their testimony in a civil case for the sole purpose of handing it over to criminal prosecutors later on.

“Her allegations are baseless and will be vigorously defended,” the Trump Organization said in a statement.

James’ latest move came on the same day Rudy Giuliani and several other members of Trump’s legal team that tried to overturn the 2020 election results were subpoenaed by a House committee investigating January 6.

Is it time for the annual ivanka food drive photo shop already!?

You’re avoiding a subpoena in NYC. Why won’t you just testify if you are innocent?

Whenever Ivanka is subpoenaed she notifies photographers and visits a food bank for 5 minutes. Here she's:
1) Posing for a Pottery Barn catalogue in 1985
2) On her way to chat with Snow White
3) Shoplifting
4) About to yell at her assistant, "Why am I carrying things?" pic.twitter.com/vWg4NwnmHa

If you want to do something humanitarian, honor your subpoena and TELL THE TRUTH.

Good timing on this “charity look” for you, Ivanka. On the phone w your image consultant?

Ivanka Trump is a flight risk.

Starting her work release program early… trying to get ahead of a “time served” defense.

Ivanka is hardly a match for Letitia.
Sworn testimony will be on the way.
If she can bring down a colleague NY Governor, she can floor a two-bit fraudster.
Happy New Year Trump family ? pic.twitter.com/NOujJUAwJC

Ivanka, what will you wear to your deposition?

"The mob takes the Fifth. If you're innocent, why are you taking the Fifth Amendment?" — Donald J Trump, 2016

love in the family
10

past is present
28 comments