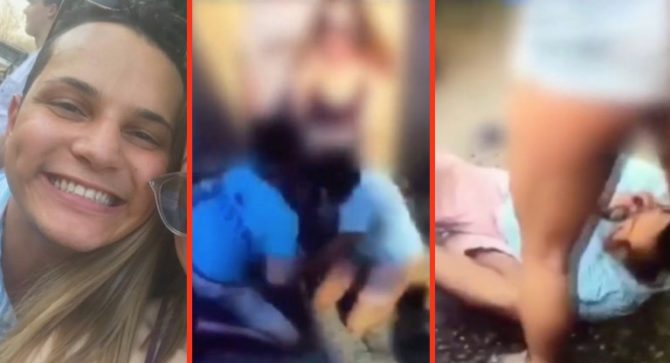 No sooner had we published this disturbing video of a bunch of frat boys spouting racist, homophobic bile than we realized there would be a second horrible homophobic frat story of the morning.

An attack out of the University of Delaware left a gay man hospitalized with a broken leg.

The ambush took place at a Phi Gamma Delta and Kappa Sigma Xi-Lambda off-campus party. The victim, Rancel Valdez, says he was invited to the event and spent several hours there before a group of men approached him.

One hurled a homophobic slur at him, and Valdez raised his middle finger in response.

That’s when they allegedly jumped him.

“I got up and pushed them back, and then they all started throwing punches,” Valdez told the school newspaper. “I fell and broke my ankle, and they still kept going until my friend Erica … tried to pull them off. I was literally just walking to their backyard with my friend and then they just targeted me and came towards me.”

University of Delaware President Dennis Assanis said in a released statement: “This kind of reprehensible behavior is not tolerated at the University of Delaware. We will take all appropriate measures in the student conduct process to ensure any offenders are held accountable for their actions.”

Video of the incident can be seen in this local NBC news report.

Police say they are not investigating the attack as a hate crime.