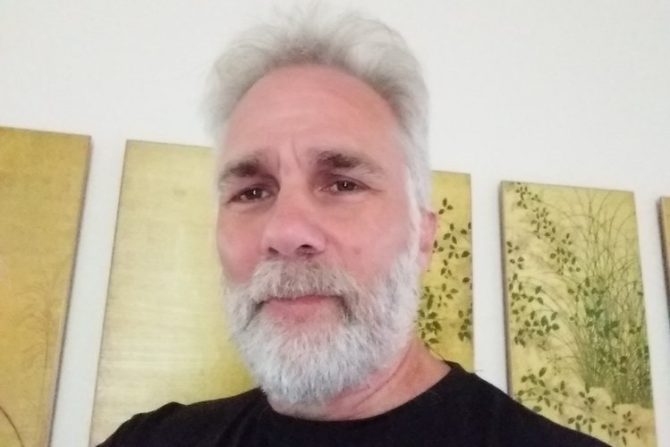 Let it be known that professional gardener Stuart Dinenno, owner of Botanica Atlanta Landscape Design in Atlanta, has absolutely zero interest in tending to the gardens of “delusional” gay married people.

It all started when Colton S. of Sandy Springs, Georgia recently posted a review on Yelp sharing his experience with Dinenno.

“Contacted today about a very large project in Sandy Springs,” he wrote. “The owner asked if the work was for me and my wife, I said no me and my husband and he replied that he wouldn’t be interested in working with us.”

Amazingly, Dinenno responded to the review… by confirming it was true and then calling gay marriage “perverse and foolish” and suggesting Colton and his husband were totally delusional to think they were a married couple:

Yes, this is an accurate description of what happened. When doing a large landscaping project it is necessary to work with the homeowners closely over several months through the design and installation phases. I can’t do that, all the while going along with the delusion of two men calling themselves a married couple, with one man referring to the other man as his husband. It’s very perverse and foolish, and needs to be called out as such. 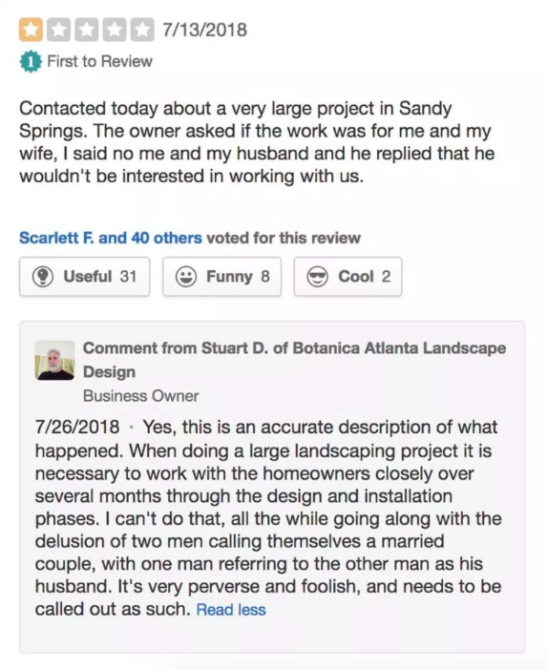 Other Yelp users were quick to side with Colton and his husband.

One person called Dinenno’s response “disgusting,” saying his services were “contingent on fleeting, bigoted beliefs.” Another added that it “must be nice to be so righteous that you can afford to refuse business.”

The page is now on “Active Cleanup Alert” after being inundated with one-star reviews. 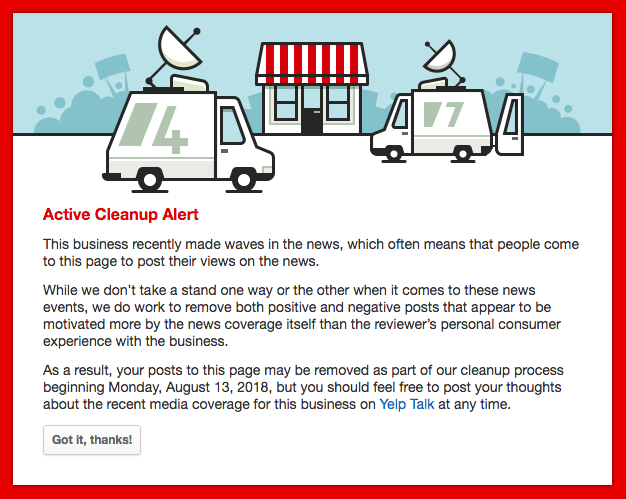 The state of Georgia doesn’t have any laws to protect LGBTQ people from the sort of discrimination demonstrated by Dinennon. In fact, it’s been rolling back equal rights for gay people lately.

Earlier this year, the Georgia Senate passed a bill allowing adoption and foster agencies the legal right to discriminate against LGBTQ people and same-sex couples.

And last year, Republican State Rep. Betty Price suggested HIV-positive people should be quarantined as a way of stopping the virus from spreading.

Related: The special election in Georgia shows that the culture wars–and homophobia–aren’t over yet