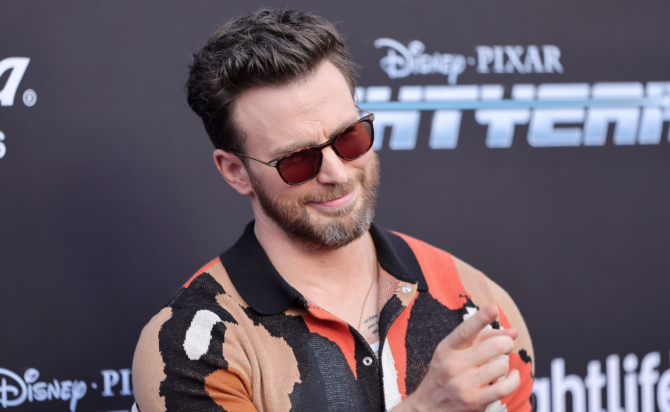 An Oklahoma movie theater that warned parents about a same-sex kiss (gasp!) in the Disney/Pixar film Lightyear and promised to fast-forward through the brief moment has decided to show the film in full after the plan was mocked online.

A notice on the front door of the 89er Theater in Kingfisher, Oklahoma read: “Warning. Attention Parents: The management of this theater found out after booking ‘Lightyear’ that there is a same-sex kissing scene within the first 30 minutes of the Pixar movie.”

“We will do all we can to fast-forward through that scene,” it promised, adding: “but it might not be exact.”

Do I expect more from Oklahoma? No, not really. Instilling children with this kind of homophobia and (misplaced) outrage is how we end up with a suicide rate among LGBTQ+ youth that is so high. #Pride #Lightyear pic.twitter.com/qCX6nMMY9f

Some residents like Patricia Kasbek initially thought the sign was a joke, which it unfortunately was not.

When she realized it was a real warning, Kasbek called the theater to complain. “I told them that it was completely insulting for them to censor a same-gender kiss when they’ve never done this to an opposite-gender kiss,” she told NBC.

Related: Chris Evans’ biceps at the ‘Lightyear’ premiere have Twitter thirsting to infinity and beyond

Others took to social media to share the clip in question, highlighting the absurdity of the backlash:

what they are freaking out about btw
literally less than 1 second pic.twitter.com/09kDMJdC2s

Actor Chris Evans, who voices Buzz Lightyear, told Reuters Television earlier this month that those who object to the kiss are “idiots.” We couldn’t agree more.

He added: “There’s always going to be people who are afraid and unaware and trying to hold on to what was before. But those people die off like dinosaurs.”

Uzo Aduba, who voices one of the characters in the entirely uncontroversial lip-lock, told USA Today, “This film treats love and these stories as they should, that they’re not the whole of one person. It’s addressed with the same simplicity that we address any kind of love, and I think that’s the way it should be.”

Disney originally edited the scene out of the final cut, but decided to include it after employees protested. The company also refused to edit it out of international releases, resulting in the film being banned in Saudi Arabia, the U.A.E. and Kuwait, among other West Asia territories.