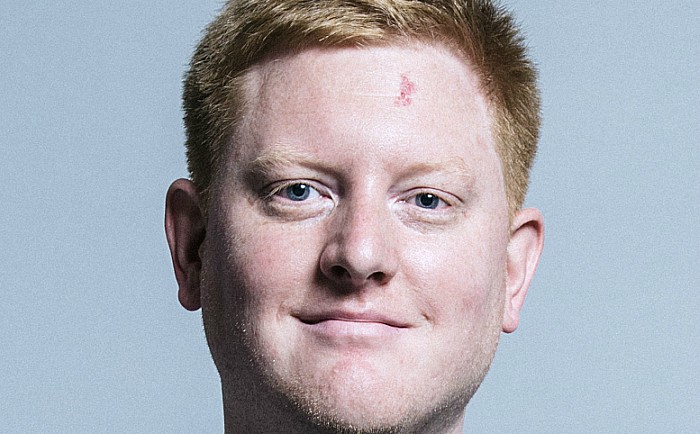 Jared O’Mara is a member of British Parliament who was first elected in 2017. But it looks as though his political career is being cut short after he fell in love with a staffer who didn’t reciprocate his feelings.

Jennifer Barnes says O’Mara repeatedly sent her creepy texts while she was under his employ, including several in which he proclaimed his undying love for her.

The 20-year-old said she finally quit her job two weeks ago after she received a 17-paragraph message on WhatsApp from O’Mara that left her “in tears.”

“It almost makes me kind of shiver being spoken to by someone who is 17 years older than me,” she told a reporter. “He is my boss. He’s an MP.”

O’Mara has since apologized for the texts, saying he is “deeply ashamed” for what he wrote to Barnes and blaming the whole thing on a “mental breakdown.”

But this isn’t the first time the 37-year-old has come under fire for writing inappropriate things online.

Last year, homophobic comments he made in an online forum years ago, including calling gay people “poofters,” “heterophobes,” and “fudge packers,” resurfaced.

At the time, O’Mara denied being homophobic, saying the comments were meant to be “satire” and claiming people were “bullying” him for them. When that didn’t work, he tried blaming rapper Eminem for everything.

“I used homophobic words,” he admitted, “but they were the words of the time. They were on the Eminem record that I listened to at the time.”

“I didn’t commit any crimes,” he added, “yet I have been made unfairly to feel like a criminal.”

In response to the latest text scandal, O’Mara announced he will be resigning as a Member of Parliament come September.

“Let everyone be assured I will be tendering my resignation via the official parliamentary procedure as soon as term restarts,” he said in a statement to constituents.

“I’m not well and am in the process receiving medical help.”

Adding another layer of drama to the story, last week, O’Mara’s former communications manager hacked into the MP’s public Twitter account to announce his own resignation.

“I cannot and will not defend you and your vile, inexcusable contempt for the people who voted you in. You selfish, degenerate prick.”

Related: Politician blames rap music for his use of antigay slurs, claims he’s the victim of bullying

A journalist infiltrated a doomsday cult. What he found could foretell the future.