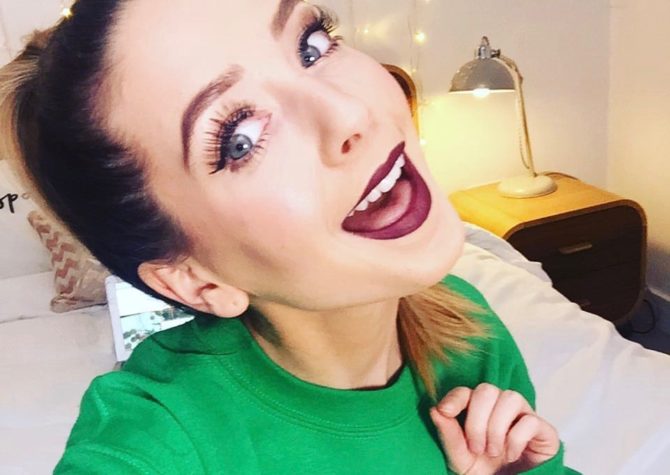 Now, the 27-year-old is under fire after someone unearthed a series of old tweets in which she fat-shamed people and mocked gay men.

One tweet from 2010 read: “I find it funny when gay men spit…it’s like they’re trying to be a bit macho but never works…”

Another read: “‘why are these clothes so expensive’ because they’re designer you tramp, that there in your hand is a dress worth over £2000. Haha.”

Both tweets have since been deleted.

I’ve seen a few of my old tweets from 7/8 years ago floating around (which I have now deleted) using words like “chav” “skank” and other words I wouldn’t use now as part of my language and lot of them were taken out of context referring to TV shows but I would never say those things now and I’m sorry if I have offended anyone, that was not my intention. Obviously that is not who I am today and I’d like to think I’m a little older and wiser! I’m not perfect and I’ve never claimed to be, I’m only human!

But not everyone is ready to accept her apology:

I find it so funny how zoella has managed to rebrand herself as some kind of sweet, unproblematic saint pic.twitter.com/aiMpGIe7ER

Seeing homophobic tweets from @Zoella has put me right off her. It may have been 7 years ago but she was 20. Old enough to know better. #zoellaisoverparty #zoella #zoellaadventcalendar #zoellabeauty pic.twitter.com/iskTnvx5fR

What do you think? Apology accepted? Share your thoughts in the comments section…