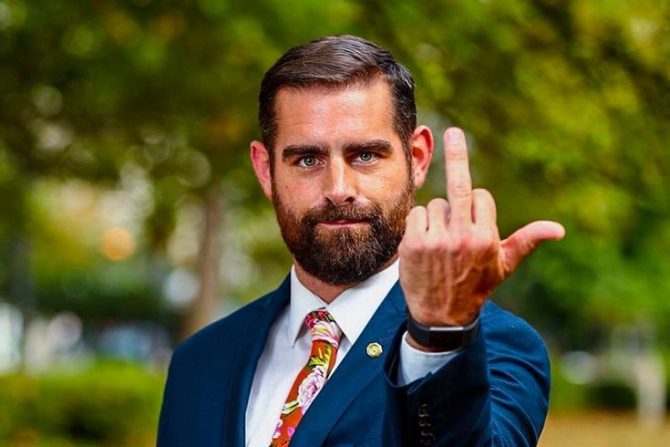 When it comes to clapping back at homophobes, nobody does it better than Pennsylvania state lawmaker Brian Sims.

The 43-year-old recently shared a tweet someone sent him in response to his remarks about people who accepted PPP loans whining about President Biden’s new student loan forgiveness program.

A Twitter troll by the name of @hostile_1979 wrote to Sims: “Right! Cuz ZERO Demorats [sic] received any PPP loans! Are you still jealous of all the girls you [sic] twin brother got in HS? Thats [sic] why you went to the other side, right? At least thats [sic] what I heard from people you went to school with at Dowingtown Senior High.”

Sims shared a screenshot of the homophobic tweet along with the reply: “My secret is out… I’m gay because my twin brother just took all the girls in high school. Nature finds a way.”

My secret is out…I’m gay because my twin brother just took all the girls in high school. Nature finds a way. ?? pic.twitter.com/MQHR7fe6Mi

Sims followed that up with a second tweet, writing: “Also, just to be clear I was gay WAY before high school.”

Related: Brian Sims bemoans gay dating culture and we totally get it, man

He also included a school picture which, we’ve gotta say, is adorable. (Although not quite as adorable as that crop top pic he posted a while back.)

Also, just to be clear I was gay WAY before high school. pic.twitter.com/YFVhZE2E2t

He followed that up with a third tweet a short while later, sharing a screenshot of a comment from a woman named Barb, who wrote: “Did he ever think that maybe your brother is straight because you got all the guys in high school?”

“Barb has totally figured this out!” Sims remarked. “I gotta call my brother and apologize.”

Barb has totally figured this out! I gotta call my brother and apologize. pic.twitter.com/7ReOItWpKY

While you’re here, scroll down for a few pics from Brian’s Instagram page…