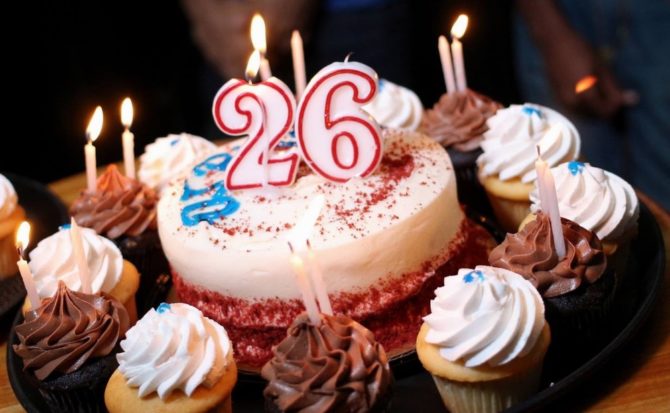 Is 26 “old” in the gay world? That’s what one Reddit user wants to know.

“So, I know it shouldn’t matter, but I admit this has been bothering me of late,” the 26-year-old man writes. “I liked being considered young and cute and I feel that puts my best years in the past.”

He continues: “I am also a sex worker, and have noticed less interest now compared to two years ago. … The saunas and stuff around my area also offer lower prices to under-25s, which seems like a pretty clear signal those ages are considered more attractive.”

“It’s also depressing because that sort of playful, teasing ‘boy’ role was what I loved,” he laments. “I feel I’m getting to old for the roles I loved in the gay world, and the best years are done.”

Related: Guys “of a certain age” talk agism and why men only get better with time

Naturally, his fellow Redditers had a lot to say about the matter…

“Who says that?” one person writes. “No…seriously, WHO SAYS THAT?”

“26?” a third person says. “I’m told 30 is when you’re dead. Which in my opinion 30 is when guys start to look their best and also are in a position I’d be more willing to date them. Screw age it’s a number. Take care of yourself and it won’t matter.”

“If you ask a 20 year old, then probably,” someone else wisely comments. “If you ask someone that is 27+ then no.”

“The gay saunas might offer lower prices to lure young people in,” another adds, “but I don’t know a single young guy who would dare go to one.”

“Younger guys are always going to be more desirable superficially but honestly I think 26 is a great age to start looking at something a bit more serious,” someone else writes.

Then there are those who offered the young man life affirmations like this:

This is the thing: you create what comes next. The reason you’re so stuck is exactly because you find it hard to imagine. Look into your heart and find an identity that will express the real you. Once you’ve picked it, make the choices that will lead you there. The boy thing is, and was, for boys. Boys can’t be boys forever or else everyone would be a boy.

If you want to escape responsibility and routine I suggest you start traveling continuously, live cheap and work where ever you can, keep moving and don’t make any friends with anyone who wants to grow up, just make friends with backpackers who are having an adventure.

There’s also this comment: “26 is not old at all! But in your context as a sex worker who relies on his twink status, I can see how age might hurt your prospects.”

What do you think? Share your thoughts in the comments…