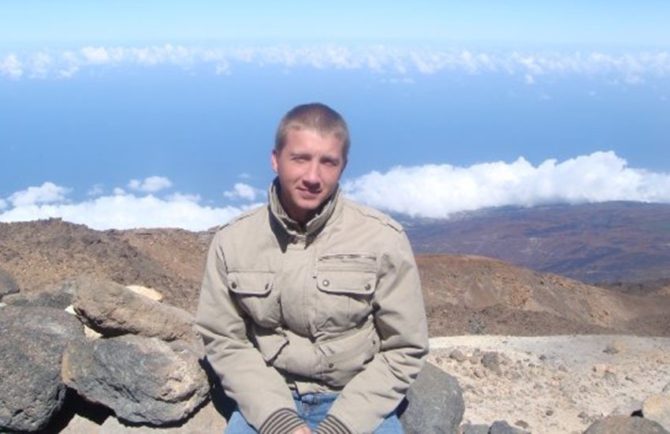 Adrian Nicholas King, a 39-year-old gay man from Stafford, was on a safari in Egypt when he suffered sudden kidney failure.

He was taken to a hospital in Cairo where he slipped into a coma and was put on life support. Meanwhile, his family back in England wasn’t alerted of his condition until four days later.

The following Tuesday, they got another call. They were told King had passed away at 4 AM.

But the nightmare was only just beginning.

The hospital told King’s mother, Elaine Gilbert, that they had switched off his dialysis machine without first alerting her. On top of that, they said there had been an issue with how he had filled out his insurance form when he first checked in, and she now owed them £40,000 ($51,600).

Gilbert was told they would not release her son’s body until she forked over the money.

Related: Grindr Warns Egyptian Users: That Cute Guy Might Be An Undercover Cop

“It’s disgusting they would do that to a human life,” she tells GayStarNews. “They’re supposed to save lives. But money comes first.”

In the days since, King’s boyfriend, Eric, and his father have been frantically making calls in an effort to bring their loved one home. They’ve also enlisted the help of the Foreign and Commonwealth Office.

“We have been in close contact with Mr King’s family since his death,” a FCO spokesperson says. “We are advising them on their options and liaising with the Egyptian authorities on their behalf.”

But Gilbert is not hopeful.

“I don’t think there’s any way we’re going to get him back,” she says. “All I can think it’s just an empty vessel, it’s not my son. If I think my son is still in Egypt, it’s just too much.”

Egypt does not have a great track record when it comes to LGBTQ people. Authorities have been known to use apps like Grindr to track down and arrest gay men, and in 2015, a court ruled that LGBTQ foreigners can be deported or banned from the country.

For now, King’s family is trying to move forward by planning a memorial service.

“We’re going to be having a celebration of his life, a funeral without the body,” Gilbert says.