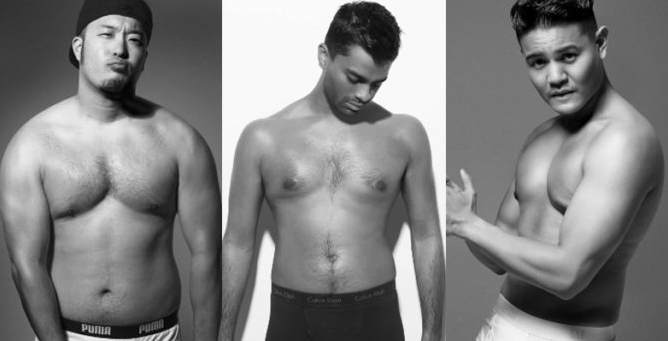 Four Asian dudes have re-created some of the most famous male underwear ads our time in an effort to dig deep into the question: “Why aren’t Asian men considered sexy?”

In a new video for BuzzFeed, Eugene Yang questions why there’s still so much bias against Asian guys, particularly when it comes to dating and sex.

“There’s a lot of old and tired comedy in media and entertainment that makes fun of Asian men for not being sexually attractive,” Yang says.

He continues, “We decided to bring in four everyday Asian-American guys to recreate iconic underwear ads, who represent a wide diversity of body types, sexuality, and just general amounts of f*ckability.”

We’d say their mission has been accomplished!

Check out the rather racy video below.

Related: This Asian man says he only dates white guys because they are ‘the gold standard of desirability’