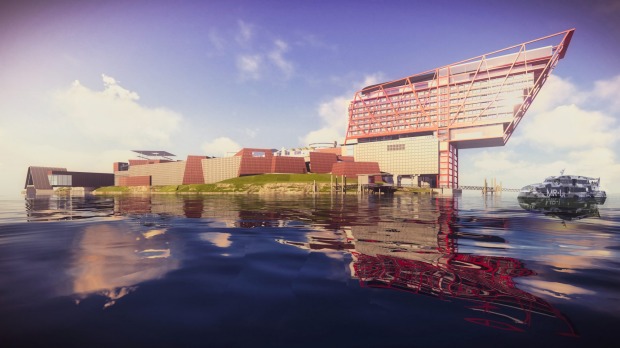 A new five-star hotel on the Australian island of Tasmania will boast 176 rooms, a theater, a spa, and a three-level library. What it will not boast, in a late-breaking development, is the name HoMo.

The $400 million luxury hotel planned for the city of Hobart will accompany the Museum of Old and New Art, colloquially called Mona. The name HoMo was meant to stand for “Hotel Mona,” but employees weren’t buying it.

Related: 10 San Francisco hotels where you check in but never wanna check out

“After consultation with the Mona staff force, and with the community beyond, we decided to ditch it,” the museum announced in a blog post.

Mona founder David Walsh later elaborated on the backlash. “There was a slight preference for HoMo but the people that didn’t like it really hated it,” he told reporters on December 12, per News.com.au.

Walsh claimed he hoped the hotel formerly known as HoMo would convert homophobes to the right side of history. “But it turned out that I didn’t really have the right to call something HoMo when I’m not gay,” he said. “It offended a few people. I guess I was being culturally insensitive.”