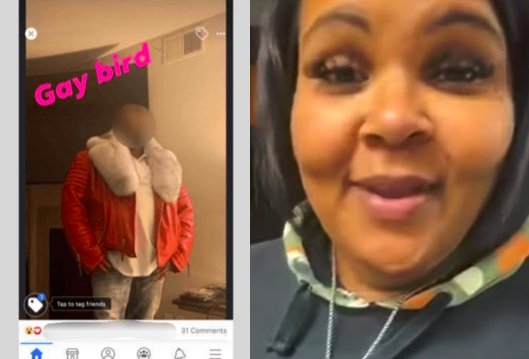 An Indianapolis woman outed a man on Facebook after he refused to pay her $5000. Hours later, she was found dead on the side of the road.

On Tuesday night, 40-year-old Jane Waughfield live-streamed herself on Facebook.

“Y’all gotta hear this story,” she said at the top of the 17-minute video, “because this is a good story.”

Waughfield then proceeded to talk about a man she hooked up with two years ago and who she later learned was “f*cking n*ggers in the ass.”

She recounted telling him and his cousin, who she claimed was his gay lover, to pay her $5,000 or she would publicly identify them. When they refused, she delivered on her threat and made the video.

Waughfield then went on to say she was fearful for her life, telling viewers that if something should happen to her, the men she was trying to extort were responsible.

“If I die,” she said, “let them people know they killed me.”

Just hours after posting the video and sharing the man’s photo and place of employment, Waughfield was found shot after a car chase that reached speeds of 90 to 100 MPH.

According to police, she was shot at some point during the chase, which then led to a multiple car crash. The driver of the other vehicle, an unnamed male, was also taken to the hospital and is in serious condition.

Police have not released any information about the shooter or a possible motive. They also have not commented on whether social media played any role in the killing.