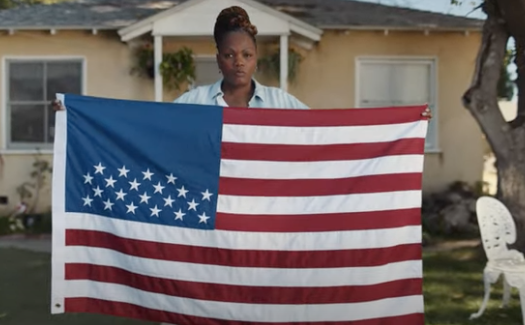 The Human Rights Campaign has released a new campaign highlighting anti-LGBTQ discrimination in the United States, using the image of an American flag with only 21 stars to symbolize the 29 states where queer people can be legally discriminated against in credit, housing, government services and public accommodations.

The “Reality Flag” campaign hopes to build support for the Equality Act, which would amend the Civil Rights Act of 1964 to include sexual orientation and gender identity as protected classes against discrimination nationally.

“Seven years after marriage equality became a reality nationwide, over half of U.S. states could still deny LGBTQ+ Americans basic freedoms like the right to rent a home or the ability to receive public goods and services simply because of who they love or who they are. The Equality Act will change that, ensuring basic freedoms and protections for every American in every state,” reads the campaign website.

The Equality Act passed in the Democratic-controlled U.S. House of Representatives in 2019, only to die in the Republican-led Senate. During his presidential campaign in 2020, Joe Biden pledged to make it a “legislative priority during my first 100 days.”

It was reintroduced to the House in 2021, where it passed again. It currently awaits debate in the Senate Judiciary Committee.

Joey Soloway, the Emmy Award-winning director, producer and creator of Amazon’s Transparent, created a series of spots for the campaign, which shine a spotlight on LGBTQ Americans who have experienced legal discrimination.

Watch below, and head here for more info: