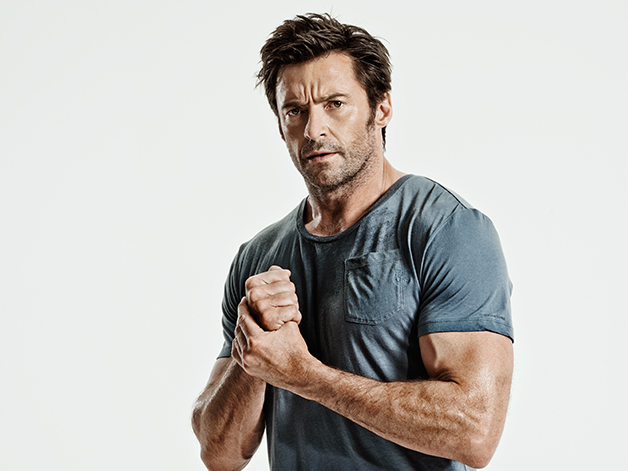 Hugh Jackman is once again addressing those pesky rumors that he’s secretly gay.

During a recent radio interview, 50-year-old Jackman says he’s never been bothered by the rumors which, we regret to report, are totally, 100% untrue.

Tennis anyone? And by anyone – I mean you @djokernole !

The beefy Australian and father of two pins the rumors on an incident that happened during his role as Peter Allen, a gay singer-songwriter, in the stage production of The Boy From Oz.

In the musical, which premiered on Broadway in 2003, Jackman shared a longer-than-expected lip-lock with a hunky male co-star.

He explains: “I was literally just locking lips. I started to laugh so hard. So I stay kissing him, because I thought, ‘I’m just going to laugh. I’m going to stay here until it subsides’ and it never subsided and the whole audience could see my body shaking, so they started.”

While Jackman couldn’t care less about the gay rumors, he did once admit that they annoyed his wife, actress Deborra-Lee Furness, t0 whom he has been married since 1996. “Just recently, it bugs her,” he told The Hollywood Reporter in 2013. “She goes: ’It’s big. It’s everywhere!'”

In his latest film role, Jackman plays disgraced senator and presidential candidate Gary Hart in The Front Runner, which was released earlier this month.