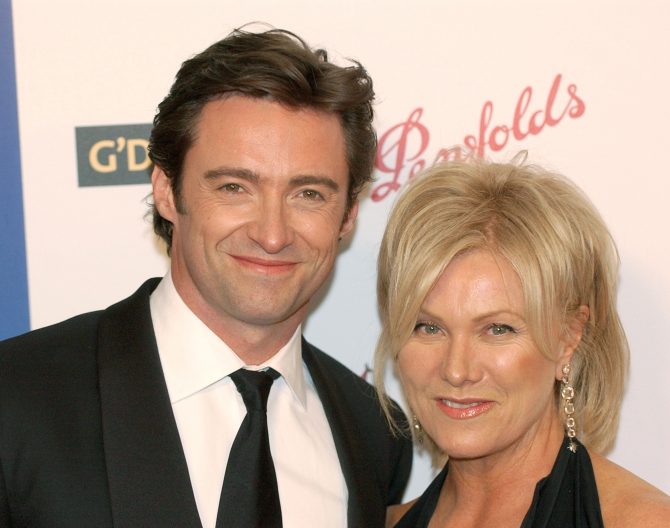 Australian actress Deborra-Lee Furness has a message for the tabloids: Stop calling my husband gay.

During an appearance on the interview program Anh’s Brush With Fame, Furness touched on the ceaseless rumors around her husband’s sexuality, calling them “made up” and “mean-spirited.”

“He’s been gay so many years,” she joked. “I was gay, too. You know when I did Shame? I was gay. They were shocked when I got married.”

When pressed on whether the rumors affect her, she said: “It’s just wrong. It’s like someone saying to Elton John, ‘He’s straight.’ I’m sure he’d be pissed.”

The couple met on the set of the Australian television show Correlli in 1995. Furness described the “instant connection” they shared.

Related: Hugh Jackman says making out with another dude sparked gay rumors, but he doesn’t regret a thing

“We just had this amazing connection,” she said. “And I feel blessed that I experienced, that I feel like I met my soulmate, whatever that is.”

Within a year, they were married.

“When you find a partner in crime that you share and you grow together—and life is tough as we know it, it’s not all good—and when you have someone there that is so supportive…you can really stand buck naked. You have to,” she said. “When you’ve got kids and life and whatever, you stand there buck naked, authentic, warts and all, this is who it is, and you’re loved, there’s nothing better.”

In addition to those pesky gay rumors, Furness said it’s also annoying when people tell her she’s “lucky” to be with Jackman.

“Lucky? Like I won a chook raffle.” she said. “People don’t realize that it’s actually rude to say that. But yeah…[that’s]because he’s the stud muffin. But that’s show biz and Hollywood and the brand of Hugh Jackman.”