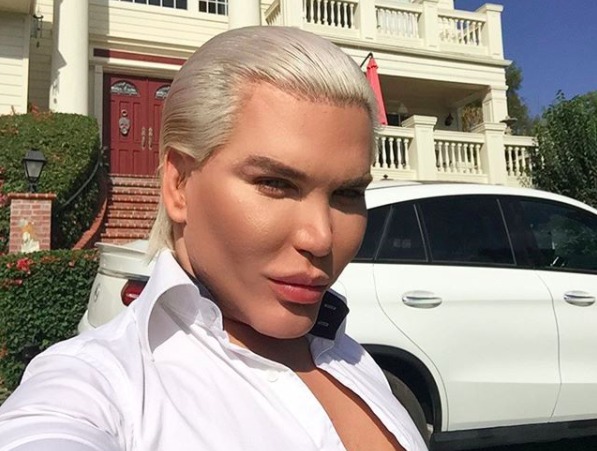 Rodrigo Alves, a.k.a. the Human Ken Doll, is finally opening up about his sex life.

In a candid new interview with The Sun, 34-year-old Alves, who rarely talks about his private life, has come out as asexual.

“I don’t really like to be touched,” he says, “and I am too selfish really for sexual contact.”

He continues: “I don’t like to touch other people too much either.”

Well, at least he’s honest about it!

Despite his complete lack of interest in being intimate with other people, Alves says he’s constantly approached by both men and women, gay and straight, wanting to date him.

“The sort of men that like me are usually straight men,” he says. “They come up to me after a few drinks and say, ‘You are so pretty and so perfect and better looking than any woman I know.'”

Alves has undergone a total of 59 cosmetic surgeries, soon to be 60, plus hundreds of other aesthetic procedures to transform his look. He says he is currently working to “feminize” his appearance so he can eventually live as a woman.