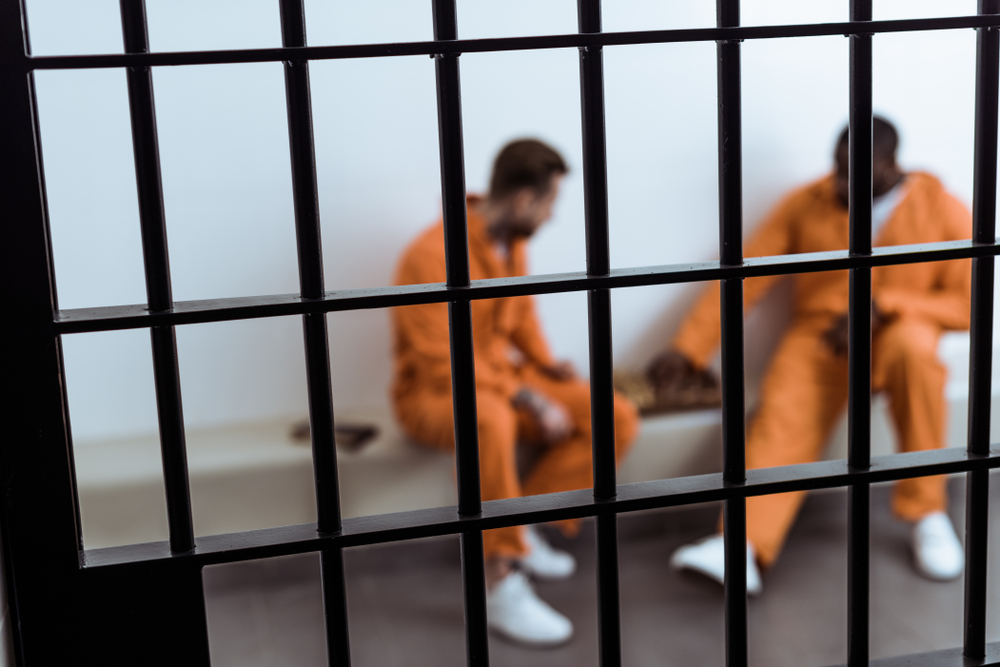 It’s the punchline of countless jokes, the socially accepted way of casually discussing a violent and horrifying act. “Don’t drop the soap,” someone might say with tongue firmly planted in cheek. “Don’t you know what they do to pretty boys like you?” asks every stereotypical cop in every bad crime show.

And it’s not hard to gather why prison rape is so easily brushed off. America has the highest incarceration rate in the world — not “one of” the highest, the highest — and our culture is lightening-quick to cast off the roughly 2.5 million Americans in the prison system as worthless and deserving of their fate. A fate we’ve also convinced ourselves involves a high degree of rape.

But you might be surprised at how much rape is actually observed by inmates. The answer? Not that much.

Sex in prison is a far more tangled dynamic than that, and it only makes sense. For those whose lives become defined by incarceration, desire and sexuality take on complicated forms.

But to understand homosexuality in prison is to regard prisoners as what they are — real people. That’s one of the reasons we love Netflix‘s Orange is the New Black so much. It gets underneath the surface of a reality that is unfortunately all too common here, fleshing out inmates as three-dimensional people with strengths and flaws just like everyone else.

So what is gay sex really like in prison? In a recent first-person essay titled A Gentleman’s Guide To Sex In Prison, writer and former 10-year inmate Daniel Genis breaks it down in fascinating detail.

Here’s what he has to say about man on man action in lockdown:

I can speak only for myself, but in my own time in the New York State system, I rarely saw or even heard about non-consensual sex between men. Perhaps I was just very lucky. Maybe I’d been incarcerated only in the “softer” corners of the penal system. Rape does happen, and all over any prison there are signs with a number to call to anonymously report it, which I always thought was less a matter of sodomy than of legal liability.

But more common, from what I could see, was an older prisoner taking a young and inexperienced kid under his wing. Most often, this kid has no money and likes to get high; there are many such people in prison, and they tend to burn their bridges early and totally. And so the older man, who has usually already served major time, feeds the kid, and gets him a little something to smoke or snort. Now the kid has become a “fish.” They start working out together, then showering together, then there is a massage, and finally, the kid is asked to “help” the older guy out. He’s “no homo,” but he has needs ….

These predators are called “booty bandits” in English, which sounds ridiculous, but in Spanish, the word is much more picturesque and of an older etymology: bugaron. The literal translation would be “buggerer,” but most people stick with the Spanish. In any case, very few bugarons—at least not the ones I personally came across or heard about—operate by force. The ones who do have nicknames that ring bells all across the state system: Mother Dearest and Pissy Black are the two most famous ones, both big guys who don’t take no for an answer. The latter, with a physique honed by two decades of prison weightlifting, was known for using shower-room fog to facilitate his surprise attacks, though it was said that he could be warded off with a knife, as he feared scarring his handsome face. The former, on the other hand, already had a cross-hatched mug, so keeping one’s distance was the only solution.

The potential “fish” are warned immediately, usually by a member of his own race, as prison is still as segregated as it was in the ’50s. However, those inside for sex crimes are fair game to the booty bandits, and everyone knows that. In the through-the-looking-glass moral universe of incarceration, the bugarons are applauded for teaching the rapos a lesson, never mind the fact that they too are rapists.

The butt pirates—another actual, commonplace term—do not consider themselves gay in the least; sometimes they have wives and children, who may become victims themselves, if there are any diseases to be passed on. (AIDS testing is suggested but not mandatory in prison, and, statistically, the incarcerated population has a much higher rate of infection.) In any case, it is only the receiver in the act who is considered gay.

But the hunger for touch does not always involve sex. Men in prison slap each other on the back and rub each other’s necks and hug and give elaborate handshakes and do strange exercises in which the men use each other’s body weight. It is all an excuse for touch. The condition of being a prisoner, in a point made by Foucault in his brilliant Discipline and Punish, is that of a sexless thing, and much of the experience of incarceration is the prisoner’s reflexive effort, as a human being, to resist that state.

Consensual sex between incarcerated men happens all the time. There are rules against it, as it is considered an “unhygienic act,” and you can go to the Special Housing Unit (aka the Box) for it. Which is ironic, because then you will be locked in a room with another man for 24 hours of the day, with barely any supervision. Solitary, at least in New York State, is not solitary at all but á deux, as it is cheaper to house men this way. If ever there was a venue for either forcible or consensual sex between men, it is therein provided.

Openly gay men are not as oppressed as one might fear. The feminine ones are often desired, and there is quite a bit of prostitution going on. I once saw oral sex performed in exchange for two cigarettes and a honey bun, a bargain offered by Dirty Tommy, who told people he had “the AIDS” as soon as they met him. There are many transsexuals (still called “shemales” in the system), especially in the maxes, for some reason. Some truly look like women, and as a consequence they are well taken care of by their admirers. Others just look like men with breast implants. There was one called Grandma who was quite a fright, but apparently had customers anyway, because his dentures came out. The old-timers call these guys “lizards” and have nothing to do with them, but the younger guys who grew up with Will and Grace and so forth are more easygoing about it.

It was my understanding that if you declared yourself to be out upon arrival at the clearinghouse called Downstate, they’d send you somewhere safe (unless you yourself were not actually very safe, according to your record). I spent two years in a place like that, called Groveland Correctional Facility. It was a beautiful campus of a prison with a huge gay population. They had to cut the bushes down to discourage some of the activities taking place around them. There were even competing gay gangs. The most established one was led by Becky, who had been in for 35 years and who, it was said, had cut out his lover’s heart back when he, Becky, was a teenage girl in a boy’s body. There were also plenty of young twinks sunning themselves and plotting evening escapades.

But where could they do it? The guards used this quiet and safe prison as a nice place to spend their last few years before retirement, so they knew all the tricks of the trade. The showers were monitored, the bathroom stalls had no locks, and with every year, the vegetation was further reduced. I may never have learned the secret had I not had the pleasure and misfortune of being a library clerk. I remember working on reclassifying the James Pattersons in the Young Adult section one day when I noticed a rhythmic movement out of the corner of my eye. I turned around and there was Dirty Tommy, hard at work with his hand under a table and another fellow with his eyes rolled up to the ceiling. This was too much; they were so close that I was practically a participant. I told Tommy he couldn’t ply his trade here, and that I wouldn’t let him into the library if this was how he intended to use it, but he was just worried about a certain Aryan Brotherhood member finding out. Apparently Tommy had sworn fidelity to this dangerous, and apparently jealous, fellow. I kept his secret.