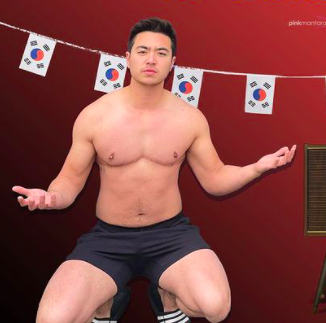 Bailar, who was the first transgender athlete to compete in any sport on an NCAA Division 1 men’s team, has shared his transition journey on TV shows like 60 Minutes and The Ellen Show. These days, he’s using his Instagram feed to post compelling, bite-size explainers on how right-wing hysteria over trans athletes is just old-fashioned misogyny and transphobia.

Trans sports bans affect all girls, he explains in a March 28 video, because in order to exclude trans girls, officials have to police girl’s bodies and allow some girls to be accused of being trans just because they seem too “masculine” to others.

“At what point is a girl ‘too tall’ … ‘too strong,’ ‘too good,’ ‘too fast,’ ‘too masculine’ to then be accused of being transgender?” he asks. “This affects all girls, not just the trans ones, because anyone can be accused of being transgender and then be tested. It also will disproportionately affect black girls who are already used to being too manly or not feminine enough due to white supremacy and anti-blackness.”

In a March 26 video, he points out that most people don’t care about women’s sports until a trans woman wants to play. They don’t watch women’s sports on TV or in person, they don’t do anything to address the massive pay gap between men and women professional athletes or the huge difference in funding for boys’ and girls’ school sports. Nor do they do anything to stop the rampant sexual abuse and harassment that stops many girls from even competing in the first place.

So when people say it’s “unfair” for trans athletes to compete, because “they’re just protecting women’s sports and they just care about fairness,” he adds, their actions show that they aren’t actually doing to anything to promote fairness or ensure gender equality in sports.

During Pride Month 2017, the International Olympic Committee Bailar profiled Schuyler in a series entitled IDENTIFY, highlighting his transition process, his past struggles with mental health and his LGBTQ activism.

Schuyler now works as a life coach, inspirational speaker, and a consultant on the issues of diversity, equity, and inclusion.