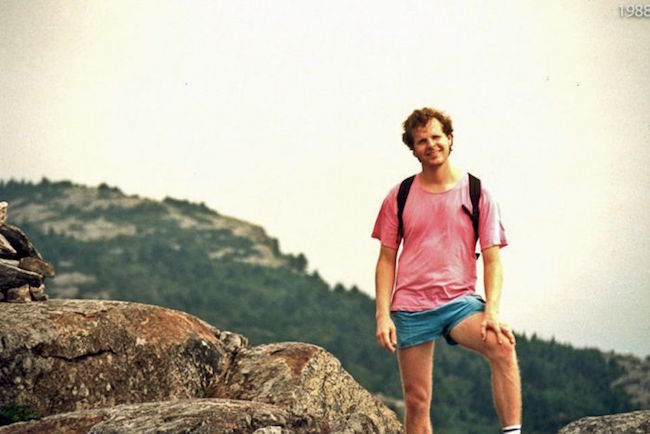 Between 1976 and 2000, there were 88 deaths that police in New South Wales, Australia were considering reclassifying as antigay hate crimes.

According to The New York Times, police officials claimed teenage gangs in Sydney were hunting gay men for sport, sometimes pushing them off cliffs to their deaths.

These gangs were young men and occasionally women who prowled around for potential victims to harass. But initial investigations were often “perfunctory,” since, at the time, the police held openly hostile views of gay men.

One such case: the death of Scott Johnson (pictured) in 1988, an American citizen whose body was found at the foot of a cliff in Sydney, in an area notorious for suicides.

At the top of the cliff, Johnson’s clothes were discovered folded neatly in a pile alongside his watch, student ID, and a $10 bill. The overall consensus was that Johnson had killed himself.

Earlier this year, his brother Steve continually put pressure on authorities to investigate the crime as a murder. 28 years later, a new inquest finally overturned the original finding of suicide, but coroners still reached no conclusion regarding the death.

That all changed this week, almost 30 years after Johnson’s body was discovered lying at the bottom of a cliff in Sydney: a coroner ultimately concluded Johnson was the victim of a hate crime.

It was the third inquest into his death since 1989. The first ruled his death a suicide; a second requested police open his case back up as evidence surfaced that gangs had been attacking homosexual men.

Earlier this year, Steve Johnson told WCVB that upon discovering “there were three other cases of gay men that died at cliff sides that had probably been attacked by marauding teen gangs, I collapsed.”

“There was clearly a pattern to these deaths,” says Margaret Sheil, whose brother Peter was also found dead at the base of a cliff  in 1983.

“Today, it is extraordinary to think that we would not have had an open discussion about what happened. And if we had, it might have prevented it happening to someone else.”

“We can now see that predators were attacking gay men,” says Ted Pickering, the police minister for New South Wales in the ’80s.

“And they were doing it with the almost-certain knowledge that the police would not have gone after them. That was the police culture of the day.”

“conducted an exhaustive investigation over the past four years and presented all available evidence… Any new information provided to police relating to the circumstances of Mr. Johnson’s death will be thoroughly investigated.”

“It was anguishing losing Scott,” Steve Walker tells The New York Times. “Now I know his final moments were filled with terror, and that’s just like living it all over again.”