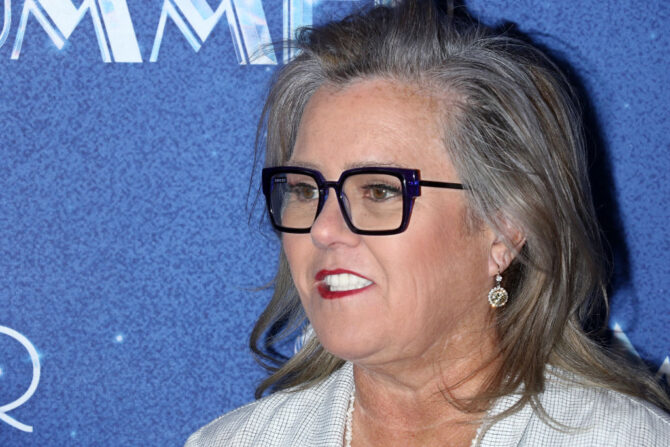 Rosie O’Donnell recently sat down with The New Yorker for a fascinating, fearless, and wide-ranging new interview.

Speaking to Rachel Syme, the 60-year-old American Gigolo actor talks about everything from getting her start on Star Search, to her iconic ’90s talk show, to her stint on The View, Amazon’s new A League of the Their Own series, and so much more, plus she dishes on celebrities like Bette Midler, Tom Cruise, and, of course, Donald Trump.

It’s an incredible, insightful, and deeply candid interview that’s definitely worth a full read. Here are just a few of the gayest highlights…

Rosie on the evolution of queer representation in media over the last 30 years:

Listen, the early nineties was a different time. … I remember my show was on for a year or something, and they said, “There’s a new show. And this woman, Debra Messing, is going to play the straight best friend to a gay guy.” And I said, “Well, that’ll be canceled in four weeks.” In a million years, I didn’t think that America was ready to have that show or to have the explosion of gay culture that we’re now in. It’s been a wild ride since I was a little girl at ten years old, who knew she was gay and who wanted to only wear boys’ clothes.

On living in the glass closet during The Rosie O’Donnell Show:

It was as authentic as I could be at the time. “Will and Grace” wasn’t on. “Brokeback Mountain” hadn’t happened. So much has happened in thirty years within the L.G.B.T.Q.I.A. community.

…I felt like the show was restricting me in ways where I couldn’t figure out a way to merge my private life and my public life. In my private life, everyone knew I was gay because I was the mother of children at a school that I would go to with my wife. And I sat next to her at every Emmy Awards when I won, and she was with me all the time. And it was a common, very unkept secret in the industry, but you have to understand: no journalist asked me about that. No journalist—and I did a lot of press—ever said to me, “Are you gay?”

Related: Rosie O’Donnell is having a tough time coping with Anne Heche’s death and their fraught relationship

On the tragic death of Anne Heche:

I was so devastated by the tragedy. I couldn’t stop thinking about it. And I was saying this on the days that she was in the hospital and watching her movies, and, just then, they said she was going to die. Then she dies, and then somebody sends me a tape from a podcast from a year ago that she did, talking about me and obviously very hurt, and something that she’s carried for twenty-five years.

On her long friendship with Madonna:

About two weeks into rehearsing [A League of their Own], Penny [Marshall] called me in and said, “Madonna is coming tomorrow. If she likes you and likes me, she’ll do the movie. Try to be funny.” I was, like, “No pressure!”

I had just seen Madonna: Truth or Dare with my boyfriend at the time, believe it or not. And he said to me after the movie, “I bet if you ever met her, you would be really good friends. You have so many similar things that happened to you in your childhood, and you have Catholic families.” And I said, “This is not how show business works. A comedian doesn’t get to go hang out with the most famous woman in the world.”

Two days later, Penny was telling me she’s coming in. Having just seen the movie, I said to [Madonna], “Listen, I saw your movie, and I’m also named after my mother, and I went to her grave and laid on the ground like you did, and it was my name on the gravestone.” And she got kind of choked up and gave me a hug, and from then on in we were like family.