The marriage-equality bill Illinois state Sen. Heather Steans (D-Chicago) was hoping to introduce in committee on Wednesday had to wait until today, pushing back a vote in the Generally Assembly.

Steans had originally said she’d bring the Religious Freedom and Marriage Fairness Act before the Senate Executive Committee Wednesday evening, but proponents came up two votes short of getting approval to waive a six-day waiting period.

The act was tabled less than an hour before it was scheduled to be introduced, but Heans is confident enough lawmakers will show today to get approval for an immediate hearing. “Some of the folks who would vote for [hearing it] will be there tomorrow morning,” Steans said on Wednesday. “So we’ll do the vote [then].”

After November’s wins in Maine, Maryland, Washington and Minnesota, politicians in several states have become emboldened to introduce gay-marriage bills during January’s lame-duck session, as outgoing lawmakers have no electoral blowback to consider. Illinois’ lame-duck session ends on January 9, when  new legislators are sworn in.

So how are the Illinois bill’s  chances? Last week, Sen. Steans (left) said proponents were “in striking distance” of securing the 60 votes needed to pass it in the House. The announcement of a vote this week indicates Steans and Rep. Greg Harris (D-Chicago) are confident they have all their ducks in row.

And same-sex marriage in Illinois has gotten some big boosts lately, with a group of 250 clergy coming to its supportand President Obama announcing he would vote for it if he was still in the Illinois General Assembly. 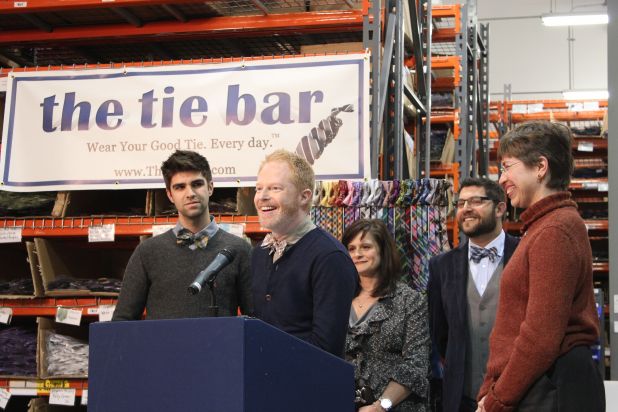 Meanwhile, LGBT activists have planned a public gathering on Saturday that could be either a jubilant celebration or a gloomy memorial:  The Chicago Rally for Illinois Marriage Equality will take place at the State of Illinois building on Randolph Street at noon on January 5.

“It is important that all advocates of marriage equality are engaged throughout the state,” said Anthony Martinez, Executive Director of The Civil Rights Agenda, which sponsors the Equal Marriage Illinois Project. “We hope that gathering folks together will energize them to action.”

Let’s hope the only action they have to do is pop open a few bottles of champagne.