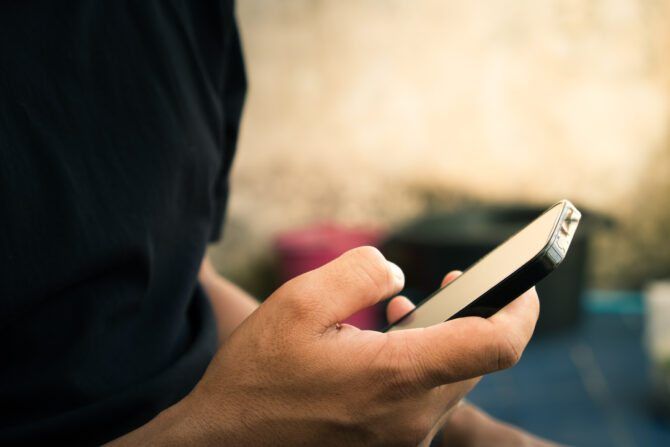 I’m 35 and haven’t had the best luck with dating, or hooking up for that matter. I grew up bullied a lot and feel like I lack the self-confidence to deal with the rejection that comes along with all of that. Still, I spend hours on the apps, and I recently noticed a pattern. I find myself getting such a rush from blocking guys. But here’s the thing… I don’t just block guys for being rude or weird towards me. I block people I don’t even know. If I find certain things I don’t like about their profile, or I can tell exactly who they are by the first or second message they send to me, I get this overwhelmingly satisfying feeling from hitting the “block” button. Sometimes I even block someone just for the hell of it, when we haven’t even messaged. It feels like a high. What does this mean about me?

Simply put, hitting the block button on any social platform or app gives the user a sense of power and control. From the little bit you shared, I can likely draw a line between your experience being bullied, and a subsequent fear of rejection, to the compulsion to block people.

Rejection, bullying, or abuse from others is a horrible feeling, and you may be trying to avoid that by rejecting guys before they can reject you. Feeling dismissed is a powerless place to be, and what better way to take back your power than to diss someone else instead? It’s sort of saying to the world, “See, I can reject you before you can reject me!”

In your case, the echoes of your trauma are still being heard today, and you might want to consider processing and working through those painful situations from the past where you felt ‘less than’ or not good enough, preferably with an understanding LGBTQ therapist.

Being bullied is an awful experience that no one should have to endure, and it may have affected your self-worth, even today. Experiences like this can make it difficult to put yourself out there for dating, sexual partners, or even friendships, because you are sensitive to being rejected again, and prefer to feel safe. What’s a better way to feel safe on Grindr? By hitting “block” over and over again, you don’t have to make yourself vulnerable to rejection.

By shutting the door on random guys, you may be psychologically trying take back your control over others, but what it’s actually doing is keeping you removed from people. You may be limiting your options to meet people that could be a good fit for you.

Blocking may also be a way that you release pent up anger. Having experienced rejection in your past would make anyone angry at others, and the sea of man-squares and headless torsos on the screen may serve as a receptacle for that anger, creating a sense of euphoria from the release. It’s a relatively harmless way to direct your anger from the past somewhere, but again, you may actually be hurting yourself if you’re limiting your options.

Through therapy, you actually have the ability to take back your power from your bullies without sabotaging any future relationships. You can undo the negative messages you internalized about yourself, and replace them with healthier, more accurate views. With a positive self-image, it doesn’t matter if anyone’s rejecting you, because you haven’t rejected yourself, and you’ve created your own sense of emotional safety from within. You may even find yourself harboring less resentment in the world.

On the apps and in life, it’s impossible for everyone to like you, just like you aren’t into everyone else. It’s a numbers game to find a match, so you should expect rejection. It doesn’t mean you’re that little boy who’s not good enough, however, and that no one will ever want you. It just means it’s not a match.

As you get block-happy on the screen, make sure to ask yourself if you’re inadvertently building a cinderblock wall between yourself and others, and actually blocking yourself. Take a deep breath, remind yourself you are enough even if someone doesn’t like you, and keep scrolling.

Reach out to LGBTQ Therapy Space to schedule a free video consultation with an LGBTQ clinician. And don’t forget to follow us on social for LGBTQ mental health tips, and more!
Instagram
Facebook
Twitter