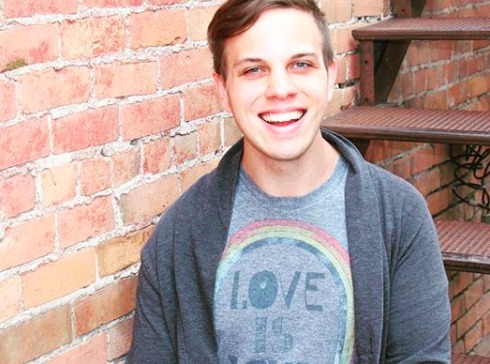 “Who the hell do I need to blow around here to get f-ed?” I wondered aloud, the fresh scent of rejection still lingering on my ironed button-down shirt.

It had been no more than three hours since he had left my place and yet I knew it was over. I can’t pinpoint the exact moment I knew. Maybe it was in the awkward kisses from the night before. Maybe it was in the silence that slithered its way into the morning, as we lay snuggling on the couch. Or maybe was always there, hiding in hands and kisses that never quite fit. It was as if the world knew, he was hot tea and I was iced coffee. It had only been two dates, but we were doomed.

After talking every day for a month and a half, and two dates later, it was over.

Are you laughing yet? Because I am. To have this many feelings after two (very good) dates seems a bit extreme and painfully hilarious, but the thing is, this isn’t the first time. (Can someone say #DRAMA?!)

Related: Should I include that I am disabled in my dating profile?

I’ve been in Seattle for almost three months, have gone on countless dates, yet nothing ever seems to happen. Having moved here from Montana, I thought it would be much easier. I was in a new, progressive, and open-minded city again! The peen and penetrative possibilities were endless! Besides, I had never had issues getting with people in other big cities, such as Los Angeles or New York.

Yet, there is something to be said about Seattle.

I’m not sure what it is; it seems no one wants to get with me here. Is there something in Seattle’s water? Has all the city’s rain simply washed away the entire population’s desire to have sex with me? Am I a bad date? Or is it my disability? (I have cerebral palsy.

Of course, people say the disability is no issue, in the same way you tell a friend milk chocolate is no issue when what you really want is dark chocolate. (Oh god, now I want candy.)

“Oh it’s fine!” people will remark after telling them about my disability.

Yet, if previous dates have been any indication, I have much to worry about. In the three months I have been here, I have experienced several situations that have made me question basically all the humanity.

During one date, the guy very kindly told me, “You’re doing a great job walking! It looks like you’re about to fall, but then you don’t!” as if I was a toddler just coming into awareness of my own bipedalism.

During another date, when deciding where to go, I suggested a nearby bar. “Looks like it’s a 5 minute walk,” I’d said.

“Yeah but that’s for like, a PERSON person,” he exclaimed. I was quick to point out that last I checked, I was a person, but that’s nether here nor there.

The point is, I have never felt more like an alien while dating than in The Emerald City. All too often I feel like I am having to teach my dates what it means to be disabled (boring!), when all I want to do is get boinked (fun!). In other words: most dates seem to morph into an education in DISABILITY 101 when I’d much rather prefer them to be in SEXUAL RELATIONS 301.

The one time I tried to bring it up the lack of sex with someone (he was another one of those “It’s cool, no worries!” types), it was chalked down to nerves. He had stayed the night – TWICE! – and yet, nada. “I wanted to though!” he’d said. Sigh.

It is frustrating to be not only sleepless, but sexless in Seattle as well. I’m in my mid-20s. Am I not supposed to be in my prime!?

At this point I could probably walk into any church and scream that I was a “born-again virgin” with all the action I am NOT getting. Every housewife in the city would cheer as if I was their own son, while tears of holy water streamed down the pastor’s face. (LOLZ, sorry, where was I? Moving on!)

I know what people are thinking: “Maybe it has nothing to do with your disability, maybe it’s just your attitude?” Which, OK fine, you may have a point. But it is hard to have faith when so many dates end the same.

Besides, I think I have a great attitude! In fact, if I never have sex again because of my disability, it’s fine. It’s cool.

Related: What It’s Like To Date Someone Who Is Disabled (According To My Non-Disabled Exes)