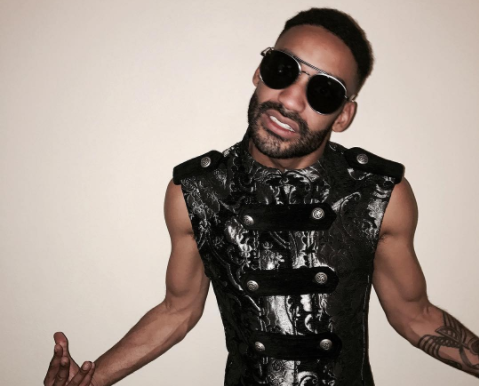 Zeke Thomas is a DJ, musician, and LGBTQ activist. He is also the first male ambassador for the National Sexual Violence Resource Center. This past year, he began speaking publicly about his own experiences with sexual assault in hopes of raising awareness to the issue of male rape. His powerful new single Dealin’ With It is about his journey after being abused by a man he met on Grindr.

What are you currently working on that brings your pride?

The thing I am working on that is bringing me the most pride is living my truth. Yes, I am a musician. Yes, I am a DJ. Yes, I was sexually assaulted and raped. Yes, I survived! Now, I am focusing on thriving and supporting other survivors and sharing my journey through my music, which is what my new single, Dealin’ With It is all about.

What is your most awkward Pride memory?

I had the honor of meeting Cleve Jones and Dustin Lance Black when they were grand marshals for NYC pride. The work these two men have done to fight for LGBTQ rights is amazing and I strive to live up to their example. My friends and I joined Dustin Lance Black and his friends at a wrap dinner after the concert that day. Lance and company forgot to pay the bill and ended up leaving me holding the bag. LOL! Xoxo Lance.

What is your ultimate Pride song?

Who is your dream Pride performer?

Me, of course! To have the opportunity to rock for my brothers and sisters would be an honor and dream come true. Of course, I’d be 100% open to Janet Jackson because that would be incredible!

Tel Aviv because I just hear from my friends that have gone that it’s everything.

It does feel different for me, because I’m being 100% myself.  I’ve dived headfirst into the pressure pool. It’s been a rough journey but, I’m here and I am proud.