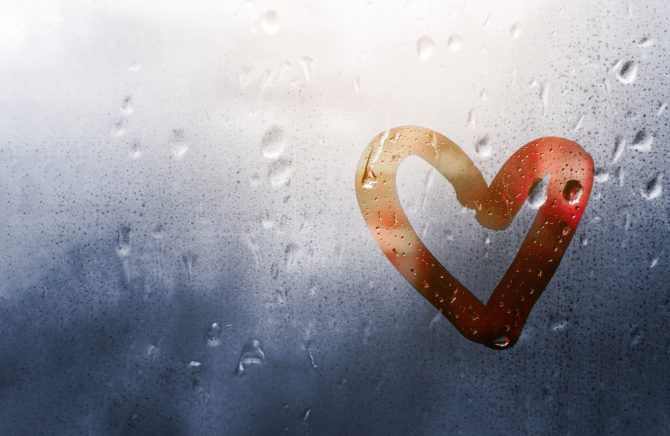 Have you seen the 1998 movie Elizabeth, starring Cate Blanchett? It ends with Queen Elizabeth I realizing that all men are either gay or liars, then breaking up with her boyfriend and declaring herself a virgin. She ends up with full ownership over her body and, like, England.

I’ll circle back to that. First, let’s revisit a time when I was also a virgin.

I often picture myself with another man. We’re always lying down and looking at the stars in that mountain field that Julie Andrews dances in at the beginning of The Sound of Music. He’s always blue-eyed, brown-haired, freshly back from the ocean. The ocean is where his wife lives. He’s Prince Eric from The Little Mermaid.

I never will meet a guy quite like Prince Eric, but I will cycle through every openly gay kid at my high school. I’ll even date a guy who gets an ‘E’ in biology and thinks Pride & Prejudice is a law firm. He’ll break up with me after I accidentally swerve our car into an oncoming van. I’ll think of him every day for the rest of my life. Just kidding. I’ll hate him.

Cut to: Valentine’s Day, 2008. A full-blown alcoholic now (read more about that HERE), I only dream of Prince Eric when I’m hammered. Sometimes I just spend entire nights crying, wondering why I can’t at least have Aladdin. As for this Valentine’s Day, I spend it drunkenly freeing the mice from my college biology lab. I watch them happily sniff each other; I am their savior. I kiss one, thinking it might transform into a man and date me. It gives me pneumonia.

Valentine’s Day, 2016. I strain to see Prince Eric in the man I’m living with. He’s a closeted Mormon alcoholic who gets a girl pregnant after we first have sex just to convince people he’s heterosexual. He shows his love for me by playing Radiohead songs on the piano and getting angry every time I threaten to move out. We live in Norfolk, Virginia.

I will ultimately come to hate him. I’ll direct a play–despite having no directing experience–just to avoid him. I’ll drink every morning, every night. I’ll drink myself out of a job. I’ll stop sometimes to remember those first lingering glances over Tecates, those long chats about The Purple Rose of Cairo. Then I’ll black out.

The first time I publicly tell him I love him, he’ll say, “I love you too, man.” Then he’ll pat me on the shoulder and stumble inside to kiss a girl.

In private, he’ll tell me he needs me and I’ll believe him.

Valentine’s Day, 2019. I’ve escaped to New York. I’ve quit drinking and have been celibate for a year–at first voluntarily, then involuntarily (read about more about that HERE). Sobriety, I’ve found, is anathema to many queer men in New York. Still, though, I dream of Eric.

After all, I’ve come all this way, defied the odds, defeated my demons; surely I can find the love of my life now!

But I will not. Not yet. I will be ghosted, dumped, used, rejected. I’ll imagine gorgeous, Bong Joon-Ho-directed futures starring men I’ll never see again.

I’ve just watched Elizabeth while adult-coloring. I wanted something pretty and British to look at every time I finished coloring a cow brown, but suddenly, I found myself glued to the screen, neglecting the melting crayon in my hand. After all, here was a woman who’d chosen–perhaps not willfully, but proudly–to live a life of integrity. She’d sworn never again to cloud her judgment with a love unworthy of her.

Now, I’m no queen–just a princess–but I’ve got stuff going on. I’ll spend this Valentine’s Day doing volunteer work at SAGE, a center for LGBTQ seniors, just like I do every Friday afternoon. Maybe I’ll also finish a short story, or jump in on an improv show, or push myself a bit at the gym. Or maybe I’ll just lie back and let my wounds heal. If there’s one thing I’ve learned, after all these depressing Valentine’s Days, it’s that sometimes it’s better to be alone.

Evan Lambert is a Staff Writer for Topix.com. His Twitter handle is @evlams, and he’ll start tweeting again if, like, five people follow him after this.