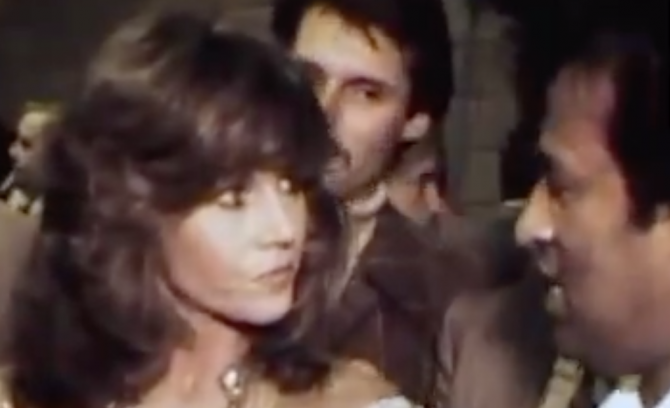 Jane Fonda has been an ally of the LGBTQ community long before it was considered cool, and this resurfaced interview from 1979 shows just how outspoken she really was.

In the clip, which has gone viral after it popped up on Twitter, Fonda is interviewed during San Francisco’s White Nights Riots, sparked by the murder of Harvey Milk.

The interviewer asks her if gay people face discrimination, to which she replies:

And when asked if she feels like her organization, the Campaign for Economic Democracy, was being “used” by the gay community, she unflinchingly responds:

“I hope they use me. What am I here for if not to be used by good people for good things? I’m part of an organization and you could also be cynical as you are and ask me, ‘Isn’t the organization using me?’”

She continued: “But you could also think, ‘Aren’t I using the organization just the way the gays and lesbians here are using the organization they’re a part of if it helps give us perspective, helps us keep our values intact, it increases our power – because as individuals we don’t have very much, but altogether, we have a lot of power.’”

“Everybody uses,” she says later in the interview. “The point is what are you using for if it’s just for greed or selfish reasons? That’s one thing. But if you’re using each other for things that are positive, then why not?”

The clip was posted along with the caption: “Jane Fonda was saying this in the 70s while some celebrities only manage to say ‘gay rights’ today.” It’s received nearly 200K likes and over 50K reshares at the time of this post.

It’s now racked up over 3.3 million views — why not make it a few more?

jane fonda was saying this in the 70s while some celebrities only manage to say "gay rights" today pic.twitter.com/qsGQlAeepK