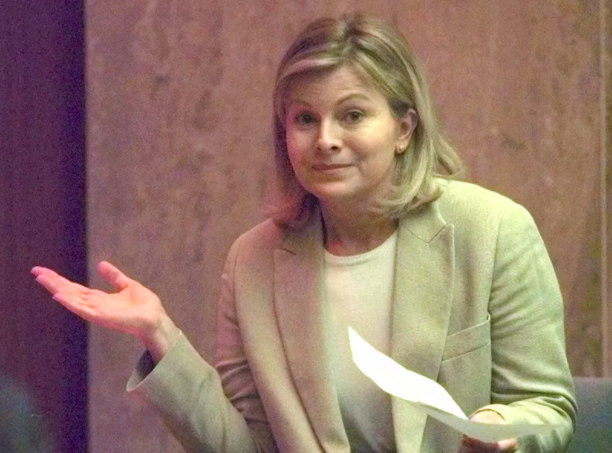 A new Netflix docuseries dives into the infamous 1996 case involving a man who killed his gay best friend after the friend revealed his crush during a daytime talk show taping.

Trial By Media is a true crime series that looks back at some of the most notorious court cases of our time and how the media may have impacted the verdicts.

The Jenny Jones Show was one of the most popular daytime talk shows on television in the ’90s, airing for 12 seasons between 1991 and 2003.

In March 1995, Scott Amedure appeared on the show to proclaim his love for his friend, Jonathan Schmitz, with Jones acting as a moderator. The segment, titled “Same Sex Secret Crushes,” was awkward and ultimately ended with Schmitz rebuffing Amedure by saying he was “completely heterosexual.”

The episode was never broadcast, however, because three days later, Schmitz withdrew cash from his bank account to purchase a .12-gauge shotgun. He went over to Amedure’s home in Detroit and shot him twice, killing him instantly, before turning himself into police.

A media circus ensued. Jones testified during Schmitz’s trial, where it was alleged that, prior to the murder, he and Amedure had hooked up. He was found guilty of second degree murder and sentenced to 25-50 years in prison. He was released in August 2017.

But things didn’t end there.

In 1999, Amedure’s family filed a $30 million lawsuit against The Jenny Jones Show, Telepictures, and Warners Bros., claiming Jone’s ambush interview tactics resulted in their son’s murder. They initially won the case, but the judgement was later overturned by the Michigan Court of Appeals.

Trial By Media lands on Netflix on May 11. Watch the trailer below.