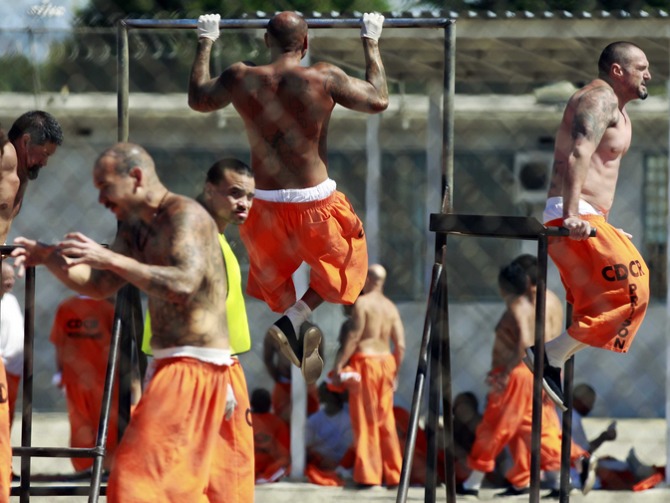 An alarming new study examines the sexual and psychological health of male inmates being held in Belgian prisons and how taboos surrounding homosexuality often prevent open dialogues about their sexualities.

The study was conducted by Vrije Universiteit Brussel, a Dutch-speaking university in Brussels. It was overseen by professor Johan Vansintejan and Dr. Glenn Boulanger, who spoke to over 120 male inmates being held in ten different prison facilities around the country.

Researchers observed that the men’s sexual needs were often left unaddressed, leading to situations of abuse and violence that often go unreported.

6% of the inmates surveyed reported being forced to engage in sexual acts at least once with other man. A quarter of them said that they didn’t report what had happened to them because they didn’t feel comfortable talking about due to the taboos surrounding homosexuality.

An additional 7% of inmates said they had engaged in sexual acts with fellow prisoners voluntary, though they didn’t always want to. In some cases, the inmates agreed to the encounters in exchange for drugs, food, or protection.

Inmates who reported being the most satisfied with their sexual needs being met were those who received unsupervised two-hour conjugal visits from their partners at least once a month.

Three-quarters of these inmates reported that the visits have a positive effect on their overall well-being.

“The ones with a steady partner … are generally happiest about their sex lives,”  Boulanger says. “The undisturbed visit plays an important role in this.”

“Maintaining a relationship contributes to a better mental and physical health of both the detainee and his partner.”

Researchers conclude that addressing inmates’ sexual needs and breaking down the taboos surrounding sexuality  would have a positive impact on their overall health and create conditions for the men to engage in safe sexual contacts and relationships.

Additionally, they say, it would help to ensure inmates receive necessary protection against sexual violence.

Related: Former inmate recounts the horrors of being turned into a gay sex slave in prison