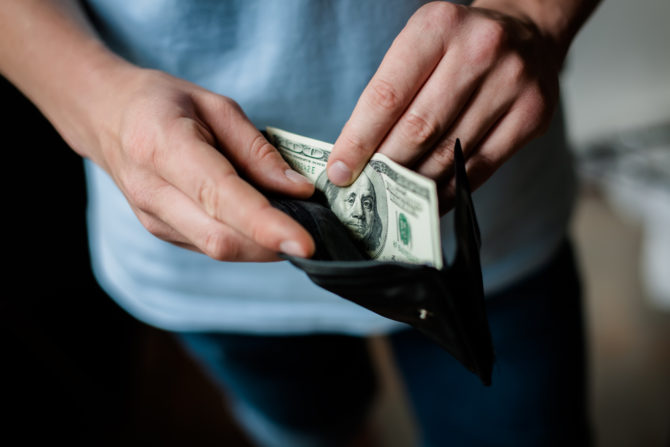 This is dark on top of dark.

A gay prostitution ring in rural Connecticut that exploited young men with disabilities blew up earlier this week after police busted two of its highest paying customers.

William Trefzger and Bruce J. Bemer were both clients of the decades-long operation. They have both been arrested and charged with with patronizing a trafficked person and are being held on $250,000 and $500,000 bails respectively.

Police first started their investigation into the operation over a year ago, but Bemer told investigators this week that he’s been paying for sex with the disabled men for more than 20 years.

At first, Trefzger denied any involvement in the operation, but later admitted to not only participating, but knowing that the men had mental health problems.

The ringleader was a man named Robert King, who was apparently busted a few months ago. King ran the operation out of his trailer. He would prey on men in their early 20s who suffered severe mental illnesses, including schizophrenia and paranoia. Many of them lived in group homes and care facilities.

King would befriend the men by giving them money and drugs, including cocaine and heroin, and promising them rides in his fictitious helicopter, then he would coerce them into becoming prostitutes.

He would personally deliver the victims to Bemer, Trefzger and at least four other clients in the area for a fee of $250 per visit, from which King took a $50 cut.

Neighbors of King say he had a “nasty temper” and could often be seen hanging around the trailer park with large groups of teenage boys who appeared to be high on drugs.

“One of the kids was running around like he was pretending to be a bird,” one neighbor told local media. “Needless to say, we’re happy (King’s) gone.”

“There was a lot of young people coming and going,” another neighbor said. “Bob was really bizarre. We’re happy to be rid of him.”

After he was arrested, King told detectives that he wasn’t running a human trafficking ring, but that he merely “brought the boys to the clients.”

Related: Brave Man Speaks About The Horrors Of Being A Gay Sex Slave