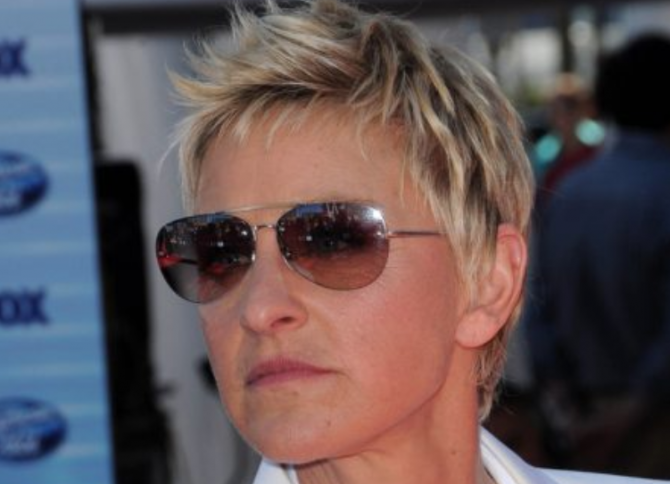 It’s hard to imagine anything in 2020 will be the “best ever,” but Ellen DeGeneres wants the 18th season of The Ellen Show to meet the mark. Or at least that’s what she told the show’s remaining staff after breaking the news that three senior producers had been fired amid endless allegations of a toxic workplace.

Ellen broke the news to the rest of the staff during a videoconference on Monday, with Variety reporting she “was emotional to the point of tears, and apologetic as she addressed more than 200 staffers.”

According to The Hollywood Reporter, the host said:

I’m so so sorry for what this has become.

I’m a multi-layered person, and I try to be the best person I can be and try to learn from my mistakes.

And it just became a well-oiled machine, and I think that is the problem. It’s not a machine. This is people. These are human beings that are working hard every single day to put this together. This show would not be what it is without all of you.

Leman’s attorney, Michael Plonsker, put out a statement about the shakeup:

The fact that a deeply flawed BuzzFeed article has led to the termination of an innocent man – a popular figure and a creative force behind the Ellen show and a string of other projects produced with Ellen – is shocking. Kevin is devastated by being scapegoated and is not yet ready to comment.

The firings come a few weeks after Ellen wrote a letter to the crew apologizing for no longer fostering “a place of happiness” and vowing to make changes. “As we’ve grown exponentially, I’ve not been able to stay on top of everything and relied on others to do their jobs as they knew I’d want them done. Clearly some didn’t. That will now change and I’m committed to ensuring this does not happen again.”

On the Monday call, DeGeneres vowed to “come back strong” when season 18 premieres this September, saying it will be “the best season we’ve ever had.”