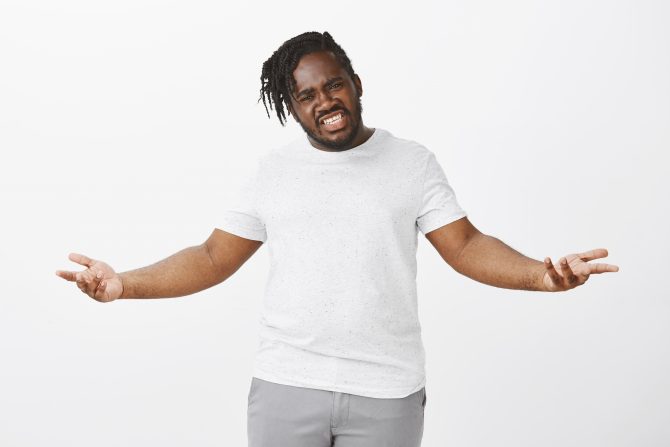 Since straight men are often insulted when they’re called gay — #fragility — one Reddit user recently asked gay guys if they’d be insulted if they were called “straight.”

Related: WATCH: Do you benefit from straight-passing privilege?

“‘Straight-acting’ is a fetish among gays, so I’d imagine most of us would be flattered by it, and/or affirmed in our heteronormative impulses,” one user replied. “[In my opinion], insulting someone by calling them straight is deliciously ironic.”

Another user, noting that his might be an unpopular opinion, confirmed he is “kind of flattered” when it happens to him. “I was little, I got the usual teasing because I was a little effeminate, so I like when people think I’m straight,” he explained. “It’s not like they would have any reason to believe I am. I dress masculine, have a deep voice and the face of a mugger. My gestures and mannerisms give it away.”

Someone else said he would, in fact, be insulted. “But less so than if someone assumed I was Republican,” he added.

Another guy wrote, “I’d just be surprised someone thinks I can pass as straight.”

And a different commenter said it all depends. “If it comes from a straight person, I wonder if I’m not being gay enough and would question all of my interactions with said person lol,” he wrote.

Et tu, dear Queerty reader? Would it be insulting to be called straight? Flattering? None of the above? Give us your take in the comment section below.