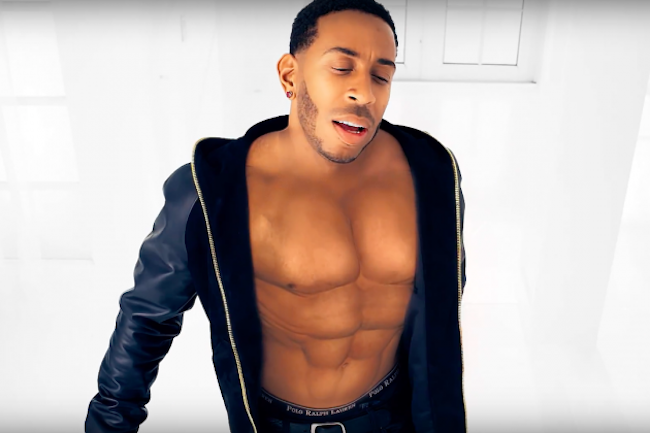 Ludacris’s new single for The Fate Of The Furious soundtrack dropped yesterday, and the accompanying video is raising eyebrows thanks to the rabidly fraudulent CGI abs emblazoned upon the rap star’s stomach.

The promotional clip for “Vitamin D (feat. Ty Dolla $ign)” takes place in some sort of astral hospital room full of gyrating women in slinky lingerie, all of whom are keenly drawn to the keenly drawn-on washboard abs following Ludacris wherever he goes.

At the end of the video, Ludacris wakes up in a hospital gurney because all of this was a dream, and his torso finds itself fully restored to its natural state. Nevertheless, many Twitter denizens either didn’t wait until the end of the video or are suffering an irony deficiency or both, since they all-too eagerly lashed out at Ludacris for donning abs that were not his own:

so……. ludacris is just gonna CGI himself with abs using sega dreamcast graphics ??? it's rough out here. pic.twitter.com/BnAettIvd3

@barstoolsports His abs are absolutely…Ludacris

ludacris is a legend but why does he have GTA abs in this new music video pic.twitter.com/s8byQRlksa

Ludacris is now taking time out of his hectic schedule to troll his dissenters:

It's ok they slow RT @chris_oneto: he's supposed to have CGI & he looks at them at the end of the video & sees em gone. It's intentional

Ha! Tell Em i been swole! ?? RT @maxthephotog: Everyone acting like @Ludacris just got swole… pic.twitter.com/v3OihNVt2T

?? I did a lot of sit ups for that! RT @SamCruzin: Yo but why Ludacris six pack look like it was done at Sephora pic.twitter.com/FVbYp2KQcW

Thank every1 for your incredible feedback on this LUDICROUSLY IGNORANT video today.Y'all r my heartbeat! #vitamind click the link in bio! pic.twitter.com/SBcbGs0qzq