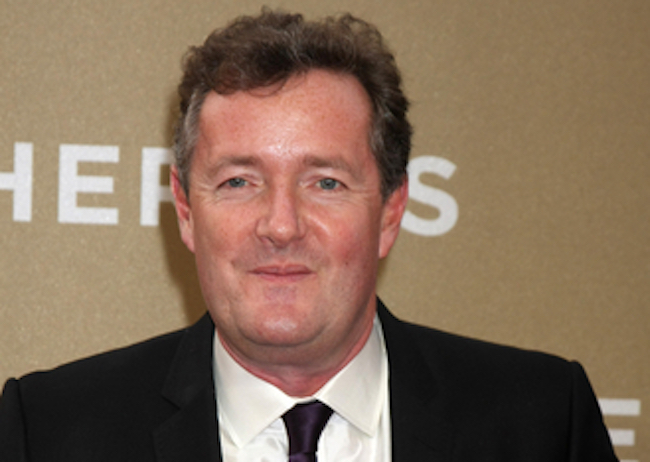 Reliably obnoxious professional blowhard Piers Morgan is an expert in the fine art of gasbaggery and making everyone upset of stomach and heavy of heart.

Nevertheless, terminally outrage-addicted Twitter users are getting all roiled and riled because Morgan made the point of referring to a bar as a “gay bar” rather than just, like, “a bar” or “watering hole,” or “dive.”

Here’s the Tweet that has overly medicated corners of the Internet stewing, festering, and writing in their healing journals:

Well, needless to say, everyone canceled their Labor Day plans to draft and re-draft their poison-pen tweets decrying Morgan’s choice of words.

Here… here is the outrage:

You mean a bar?

Only to the uneducated. They’re now known as bars. Society moved on I guess.

Do you mean “a bar in Soho”? You’ll be going to a black bar next.

Why define it as a gay bar? Surely it’s just a bar with people in? Looks pretty light outside for nearly 3am. Maybe someone hacked photo?

why the need to say gay bar? Why not just in a bar?

Why do you feel the need to inform everyone of the sexual orientation of the people in the bar that you have graced with your presence?

Not just a bar in Soho??

Or, as we tend to call them these days, a bar.

While we slept, did it no longer become acceptable to refer to a bar as a “gay bar”? Do let us know in the comments, won’t you?